After finding recognition with NWOBHM stalwarts Sweet Savage, guitar virtuoso Simon McBride soon stepped out of the shadows to release a string of stellar solo albums. A versatile musician who has performed everything from soul to hard rock, it’s the blues that’s Simon’s natural calling and the aptly titled The Fighter finds him on solid ground and delivering 12 of the very best.

Simon McBride is one of those rarefied guitarists who has a signature sound; on hearing the riff that kickstarts opener ‘Don’t Dare’ you know it could only be Simon strumming the strings. His unique tone is sure to become as synonymous as Knopfler’s or Gallagher’s and, on the strength of The Fighter, is certain to become as well known. With a decidedly Zeppelin-esque riff ‘Don’t Dare’ gets the album of to a muscular start and, as with most stellar guitarists, Simon knows it’s often not what you play, but what you leave out. ‘Don’t Dare’ is punctuated by huge white spaces, he doesn’t feel the need to cram an insane amount of notes into a song. Those gaps allow the listener to infer meaning and subsequently, The Fighter becomes a collaborative listen. Living by the maxim that less is more, Simon’s deceptively simple style places your sole focus on the riff, and ensures that when the guitar solo erupts, it’s all the more precious.

The Fighter is an album that’s constantly shifting gears and ‘Show Me How To Love’ finds Simon creeping like a cat through a nocturnal cityscape and bends the strings so far you fear they may snap. ‘Kingdoms’ follows and veritably bursts at the seams and explodes glittering shards of effervescence in every direction. While Simon’s talents are undoubted, what I like most about The Fighter is that there’s no rampant ego involved; Simon knows when to step back and bring other instruments to the fore, so when the bass comes to the fore on the title track it ensures ‘The Fighter’ is both heavy and fleet of foot and throws its punches like a welterweight boxer. However, this is a guitar driven album and those who enjoy chunky riffs and spine-tingling solos will find a spiritual home amongst these 12 tracks.

To the untrained ear The Fighter might sound like a straight-ahead blues album but listen closely and you’ll find complexity concealed within simplicity and it’s a style that only the proficient can pull off. The way Simon makes the blues sound easy is enough to make any aspiring guitarist thrown down their instrument in vexation but for those who dig DJSfh it’s manna from heaven. Tracks such as ‘King Of The Hill’ encapsulate all that’s great about hard rock and the blues and especially when both are amalgamated in one song. Listening to The Fighter is rather like rolling two dice and each tumble of the die throws up its own magic with ‘Just Takes Time’ introducing a touch of contemporary country and the penultimate ‘Back To You’ being an all-out rocker. It’s a constant evolution which ensures that The Fighter never becomes tired.

Concluding the album is a nice cover of the classic Free track ‘The Stealer’ and its testament to the quality of Simon’s own songs that it doesn’t seem out of place on The Fighter and I’m sure Paul Kossoff is looking down and smiling. While Simon McBride is well regarded in rock and blues circles The Fighter is an album that could find him making in roads into the nation’s consciousness. 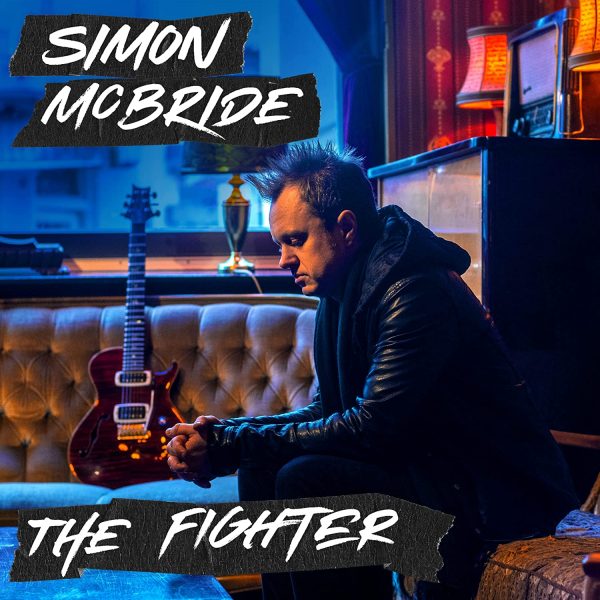