Hailing from Kōln, German-Afghan vocalist Simin Tander returns with her third album Unfading. In pairing her Middle Eastern roots with European folk Simin and her new quartet have produced an album that finds East meeting West.

As the long evenings approach it seems the timing of Unfading is quite pertinent. Wrapped in golden brown and chestnut hues Simin has produced a whimsically autumnal album that’s tailor made for cosy fireside evenings. ‘Hovering Winds’ is the ethereal opener as Simin’s voice floats in a crystalline sky. Haunting and otherworldly her voice twists and turns as if caught in a gentle breeze and, like paper caught in wind, you have a feeling that her vocal could go in any direction. Taking the words of poet Nazo Tokhi and placing them over a stark background ensures that ‘Nargees’ falls like rust coloured leaves to a forest floor.

There’s a tangible Nordic brittleness to ‘Walk Each Other Home’ that flints nicely with Simin’s warm tones. It’s a gently slumbering song, a somnambulist, which perfectly captures that moment between wake and sleep. Based on the poem by Sylvia Plath ‘Feather/I Am Vertical’ gently flows as that recurring tension of opposites surfaces again: regimental poetic words are juxtaposed with free form music and the effect is quietly arresting. ‘Sta Lorey’ ticks like a clock to a weird time signature before the sorrowful ‘Walli De Haal Ne Wayee’ successfully marries European and Middle Eastern flourishes.

More than just a listening experience Unfading has a sensual, visual quality and that’s most evident on the majestic title track. Floating like a yacht on a calm ocean it drifts on its journey towards an unknown destination as ‘Unfading’ wavers with a free form jazz sensibility. Like a trip to the African bush ‘Yar Kho Laro’ is an evocative number full of neat, nifty time changes and that tribal feel is carried on to its companion piece ‘Deserted’. ‘Nana’ finds Simin’s vocals levitating above an ocean of discombobulation before ‘The Sea Is Near’ calls out like a siren from its very depths.

‘Nargees Afterglow’ hangs heavy like a burning globe in a bruise coloured sky and is paired with the equally haunting ‘The Water Stretches Far Away’ while a spectral version of Bob Dylan’s ‘The Times They Are A-Changin’’ ends the album on just the right note. 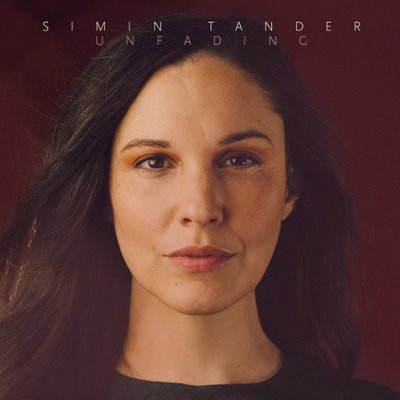