Released by 7 Hard April 2017 and reviewed by Rich Ward

2012 saw the debut release from Silver Horses, an Italian hard rock band fronted by the Midland’s own Tony Martin. While at the time it seemed more of a project than a band, it was released without much fanfare and remains a little hard rock gem to this day.

Move forward five years, and the band have evolved with Andrea Ranfagni taking over the vocal duties. Musically, there is little change. Their influences of the 70s rock of Led Zeppelin, Deep Purple and Rainbow is evident throughout but also apparent is that modern euro hard rock style, so it’s easy to draw comparisons to the likes of Gotthard and Eclipse. Fans of these bands would not go too far wrong in checking out Silver Horses.

The riff driven opener of ‘Heat And Snow’ is fairly representative of the album to come. ‘Hang My Head In Shame’ follows and features one of several guest performances; Tony Martin sings on two of the songs here and ex-Company Of Snakes singer Steffan Berggren co-writes and performs lead vocals on ‘King Of Yesterday’ while adding backing vocals to two more tracks. The addition of the extra singers will undoubtedly broaden the appeal of the album, but ultimately, it does make it feel a little disjointed.

There’s plenty of good tracks here; ‘Heat And Snow’, ‘Hang My Head’ and ‘King Of Yesterday’ all deliver and offer a degree of variety, and the moody and atmospheric ‘Marrakech’ is one of the stand out tracks from the album. Maybe a little too much Zep influence here, but impressive all the same. ”The Sailor’ starts with an acoustic intro and evoles into a rocker the sort which wouldn’t be too out of place on Whitesnake’s Slip Of The Tongue.  Yet, ultimately, the album lacks that one great ‘grab you by the balls’ stand out track that would make you sit up and notice and want you to keep coming back to the album for repeated listens. 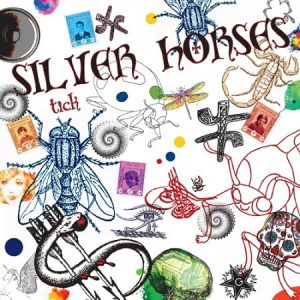