Why Northern Ireland’s Silent Running never hit the big time shall forever remain a mystery. Originally signed to EMI, and then Atlantic, it seemed that the world was at their feet, but in an age that was polarised between the vapid pop of Stock, Aitkin and Waterman and aggressive thrash metal, Silent Running’s thoughtful, mature brand of rock seemed out of time. Back after a lengthy hiatus, and celebrating their 40th anniversary, Silent Running haven’t missed a beat and release a career-defining album in the shape of Follow The Light.

Despite being churned up by the music industry, Silent Running don’t sound bitter or jaded and there’s something very uplifting about opening track ‘Live Right Now’. In our current post-pandemic, climate-choked, war-torn age of quarrel, Silent Running are shining a light into these dark times, and it sounds rather refreshing. ‘Live Right Now’ (and indeed, the whole album) sounds like it could have been written in their ‘80s heyday, yet it’s also fresh and vital, and rocks a contemporary edge. Spiralling upwards towards some infinitesimal point, this opener is powered forth by a strong driving beat and is punctuated by catchy hooks, and the result is an earworm that’ll haunt you long after the disc’s stopped spinning.

Recorded at Belfast’s Novatech studio, Follow The Light has been furnished with a wide, expansive production and it’s one that finds Tony Scott’s guitars shining like stars in a crystalline sky. This airy feel is anchored by the weighty rhythm section of bassist Richard Collett and drummer Gary Kirby (who conspire to give tracks such as ‘Beyond Your Wildest Dreams’ a nice rumble). Peter Gamble’s sure and authoritative vocals are supplemented by an array of voices on the choruses (further adding to the spacious aesthetic) while Paul Rocks on keyboards adds depth and texture. But most importantly, Silent Running recall an age when bands wrote actual songs (rather than individual parts).

With no two songs inhabiting the same sonic space, Follow The Light is a record that’s constantly shifting gears, and the ethereal title track is placed next to the punchy ‘Love Is A Bloodsport’. It’s quite startling and repositions the listener, yet (without wanting to sound like an old man reminiscing) it flows smoothly like an old school album, and is best enjoyed as such. Follow The Light is a 50-minute journey that transports you from the nocturnal cityscape of ‘Shadowland’ to epic, evocative closer ‘Tonight The World Belongs To Me’ via the undiluted effervescence of ‘Golden Days’.

Over three decades have passed since Silent Running’s last album (1989’s Deep), and in Follow The Light you can definitely hear the baton being passed on. With one eye on the past and another set firmly on the future, it’s time to Follow The Light! 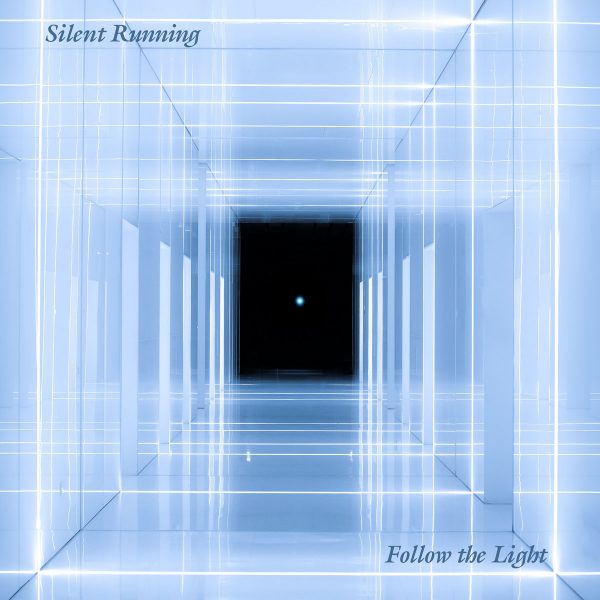