Shy recorded two albums for RCA back in the eighties. Both came immediately after their minor label debut in 1983. The songwriting – almost all band member collaborations – was tailored to suit vocalist, Tony Mills’ unique tenor / countertenor range.

With Brave The Storm (1985) they hitched themselves to the American AOR bandwagon  and trundled it out onto the long and winding road. It was their first major label outing, produced by Tony (Cheap Trick/Sparks/Foreigner) Platt. That meant hopes, and indeed expectations, were high.

For an album permanently tuned to FM radio frequencies, filled with anthemic rock songs and high profile choruses, it massively underperformed. Music critics panned it. Platt’s production is surprisingly superficial. The surface gloss and polish don’t allow for any real depth to emerge, a problem not helped by the limitations imposed by the songs’ unimaginative lyrics.

Time lends perspective of course, and looking back, if you strip away the overly intricate harmonies and the ornate keyboard embroidery, the aggressively infectious ‘Hold On To Your Love’, ‘My Apollo’ and the title track reveal themselves to be sturdily structured melodic rock songs, with an ear for a memorable hook. Gary Moore, Bon Jovi and Meatloaf all heard something – the band were invited onto their respective UK tours.

1987’s Excess All Areas was much stronger in every respect. Acknowledged genre giants, Michael Bolton and Don Dokken, along with prolific hit writer, Terry Britten, were drafted in to provide heavyweight songwriting support.

Producer, Neil (Lynch Mob/XYZ/FM) Kernon kept a tight rein in the studio. He knew how to put a track together. The cowrites, ‘Emergency’ and ‘Break Down The Walls’ are prime examples of how to do it and get it right. Both have the drive, urgency and quickening emotional pulse of all great AOR. All the same elements – slick keyboards, spiralling axework and steady, metronomic drumbeats are there. Kernon buffs them to a shine, but stops short of trowelling on the gloss that all but suffocated its predecessor.

In both cases there are bonus tracks in abundance. The picks are remixed versions of ‘Deep Water’ and ‘Give Me A Chance’, the two standouts from their minor label debut Once Bitten…Twice Shy. And ‘Only You’ from their later “lost tracks” Regeneration album, plus a toughened up mix of ‘Break Down The Walls’, the Don Dokken cowrite from Excess…

Ten bonus tracks in all over the two remasters. Ecstacy for Shy fans. 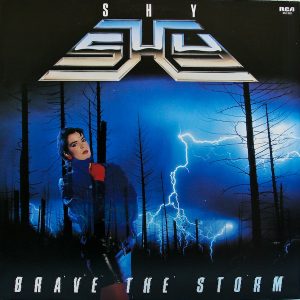 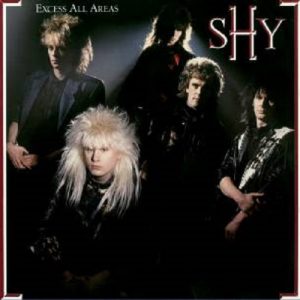