Formed in Osaka, Japan way back in 1981 Shonen Knife came about as a way to escape the trappings of a patriarchal society. Armed with a sweet tooth and a love of melodic punk rock (Ramones, Buzzcocks, XTC) they’ve released a string of consistent albums that have somehow eluded mainstream success. After the more rockier direction of their previous two albums (2014s Overdriveand 2016s Adventure) their 21st long player Sweet Candy Power finds the girls returning to their pop punk roots whilst retaining a hard rock edge.

Opening the album in typically effervescent style is the two minute burst ‘Party’. Fun with a capital ‘F’, insanely catchy lyrics overlay buzzsaw guitar and it’s a real earworm that’ll haunt you long after the disc has stopped spinning. The great thing about Shonen Knife is there are rarely metaphors to unpick in their songs as ‘Party’ simply captures the excitement of a…party! Perhaps unsurprisingly, given the band are musical Anglophiles, ‘Dizzy’ has a ’60s British Invasion feel replete with handclaps and close vocal harmonies. The title track ‘Sweet Candy Power’ gently entices the listener with a lazy guitar riff until a wall of glorious feedback scythes through and heralds a musical onslaught but it’s all in good fun as cries of ‘Candy!’ permeate. 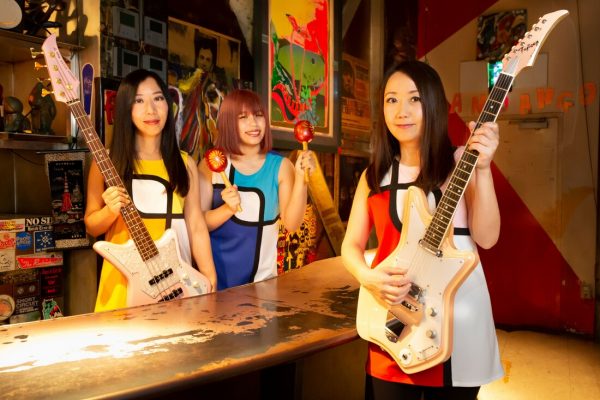 The albums toughest cut follows in the shape of ‘My Independent Country’ and sounds like Blue Cheer and Shocking Blue jamming and contrasts well with the angular ‘Wave Rock’. With their sweet tooth Shonen Knife are not advisable for the hungry as the slightly surreal  ‘Ice Cream Cookie Sandwiches’ comes next along with ‘Peppermint Attack’ (with a riff that bears a suspicious resemblance to Deep Purple’s ‘Flight of the Rat’) and the sun drenched ‘California Lemon Trees’. ‘Match 3’ ends the album as we began with a two minute burst of power and succinctly brings things full circle.

Shonen Knife never hid their love of the Ramones, even going so far as to record a tribute album to their heroes (Osaka Ramones) and it’s spooky how their careers mirrored each other. Like the Ramones Osaka’s finest were trailblazers who were lauded by their peers (Nirvana and Sonic Youth are fans) but that never transferred to record sales. To the uninitiated both bands are derided as being generic, despite the opposite being true and both groups have unhealthy obsessions (food and mental illness). The lack of mainstream success means that Shonen Knife have been releasing albums designed that keep their legions of fans happy and Sweet Candy Power is certain to sate the biggest appetite. Sweet! 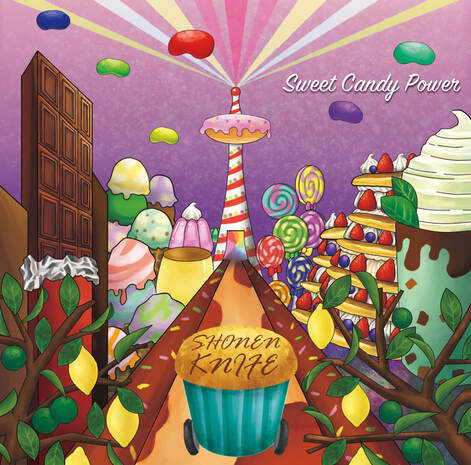