I’m not sure what they’re putting in the Aussie’s water but the antipodean continent is currently producing some great bands, the latest of which are the aptly titled Shatter Brain. Peddling a rather tasty line in a sludgy death/thrash hybrid, their debut album Pitchfork Justice is a rather brutal 9 track attack that’s sure to catapult them into the power violence top tier.

With the briefest of introductions ‘Talk in Fear’ is the opening salvo and any promise of ambient guitar noodling is abruptly broken by a swirling maelstrom of drums which, in tandem with a scything riff, ensures ‘Talk in Fear’ goes straight for the jugular like a bloodthirsty hyena. Variety is the name of the game as ‘Talk in Fear’ constantly shape-shifts from a hardcore groove to black metal blast beats. Likewise the vocals alternate between a guttural grindcore growl and a clean thrash squeak, all of which constantly repositions the listener and forces you to re-evaluate what you’re hearing. However Shatter Brain are fleet of foot, like a welterweight boxer, so all the musical side steps and sucker punches are seamlessly delivered.

With barely a second between tracks a feeling of intensity is conveyed as ‘Lorem Ipsum’ is unleashed and explodes with a series of detonations. Some fine George Corpsegrinder death growls are juxtaposed with clean Burton C Bell chimes as Shatter Brain attack like sharks in a feeding frenzy. If, like me, you tend to think of music in colours then Pitchfork Justice is a deep blood red and as ‘Lorem Ipsum’ bleeds into the title track there’s little you can do to stem the flow. From your worst nightmare ‘Pitchfork Justice’  is a crazed bumpkin on a rampage, like Leatherface it runs and sways unevenly, and taunts the listener as a cat with a mouse. 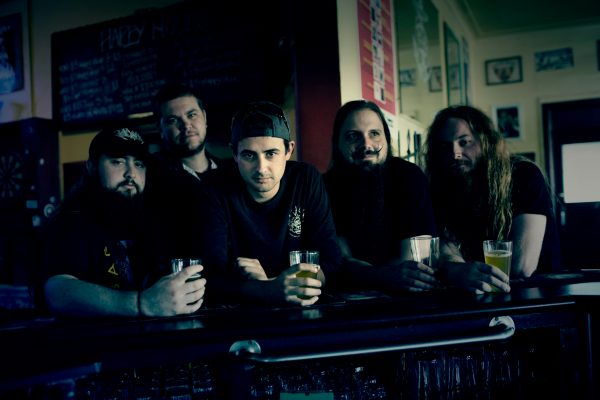 A more measured ‘Choosing Beggars’ follows and finds the band scrawling their sound on every available surface with vocals that emanate from the very depths of hades and guitar solos that crawl like worms from a carcass. It’s foot back firmly on the throat for a ferocious ‘Fencesitter’ featuring lyrics that are spat with pure spite and some gang vocals adding a touch of menace. ‘Noble Savagery’ continues in a similar vein with a riff that rolls like a Panzer division and it’s reedy guitar lines give a frighteningly post-apocalyptic vision as the six stringers squeal like incoming doodlebugs and V2 rockets. Factor in some hardcore vocals and unorthodox drum rhythms and you have a pretty volatile mix.

Pitchfork Justice is a well sequenced record and, while each track can stand individually, it’s best to be consumed as a full album to appreciate it’s twists and turns and ebbs and flows. With discordant guitars ‘Silent Screams’ is slightly unsettling and shows another side to Shatter Brain. Punctuating their usual punishing pummelling with almost grungy sections that pull the listener out of the song in moments of unexpected existentialism, as does the short instrumental interlude ‘Life Ephemeral’ which is curtly curtailed by closer ‘Death Goes On’. An all-out rocker it provides a strong conclusion very much in the vein of ‘Damage Inc.’ and should have you salivating for more.

While it’s true you can’t judge a record by its cover there’s something reassuringly metal about the Ed Repka style sleeve that houses Pitchfork Justice. Similar to Eternal Nightmare or Spiritual Healing just one glance and you know you’re in for some good music. It’s rare that a debut comes so fully formed but Shatter Brain’s offering is one such offering. 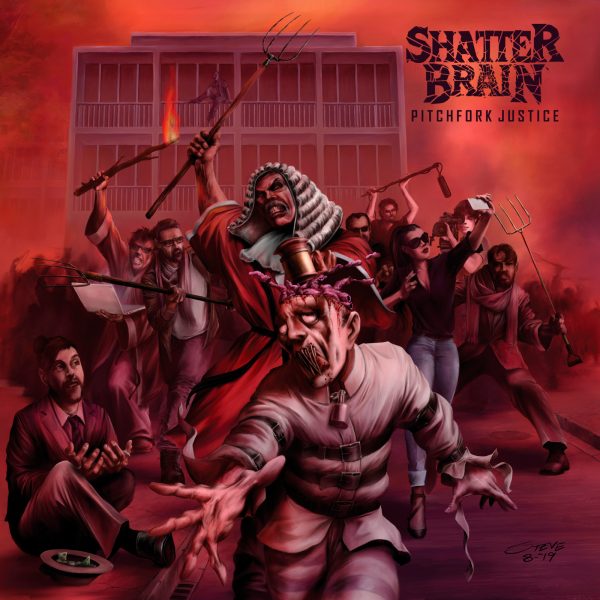