From humble beginnings in 2013 as NWOBHM revivalists London’s Seven Sisters have evolved into something wholly original. With a sound maturing from album to album their third full length, Shadow Of A Fallen Star Pt. 1, finds this quartet riding a wave of confidence and, with a sound that suggests that they’re coming into their own, seem hell bent for global recognition.

A good instrumental can really set up an album (think Annihilator’s ‘Crystal Ann’) and that’s exactly what you get with ‘Andromeda Rising’. A thing of ethereal beauty it weaves a dark web with acoustic flourishes which, almost imperceptibly, adds layers of sound until it totally subsumes the listener and ensures that when the electric guitars kick in, they kick in hard. A door opening to some vast hidden kingdom it segues into ‘Beyond the Black Stars’, a track that succinctly sets out Seven Sisters stall. With drums pounding and plenty of neat time changes it’s a hefty number that incorporates elements of power and thrash yet, despite its show of brute force, remains nuanced and catchy as hell. In the best tradition of heavy metal it’s music designed to transport you to another dimension and ‘Beyond the Black Stars’ does just that.

Since their last album (2018’s The Cauldron And The Cross) Seven Sisters have had a few line up changes and it seems to have galvanised the band. Long term members Graeme Farmer (guitar) and Kyle McNeill (guitar and vocals) have been joined by bassist Gareth Martin and, more recently, drummer Sammy Christon, and I’m pleased to report that the chemistry is bubbling nicely. Many songs on this 8 track album are played with military muster and ‘The Artifice’ sounds like a militia marching across a glen on a misty morning. It’s grandiose and, with the vocals mirroring the guitar lines, ululates like a stormy sea and evokes the enormity of a vast ocean and has a definite Celtic-rock feel very much in the vein of Thin Lizzy and ‘80’s Gary Moore.

‘Whispers In The Dark’ captures that moment in time when metal was morphing into thrash (hence the NWOBHM tag that’s often placed on Seven Sisters) yet it also has a contemporary edge which makes for compulsive listening. There’s a lyrical theme of space running throughout this album that gives a unified feel, almost a concept album, and Michael Rodenberg (Edguy, Epica) has done a great job with the mastering are furnishes Seven Sisters with a huge, expansive sound which perfectly fits the album’s aesthetic. The ballad ‘Wounds of Design’ injects a change of pace ensuring things ebb and flow perfectly before the title track blends into epic closer ‘Time’s Burden’. Progressive in nature it’s a 7-minute song of several suites that builds towards a majestic conclusion and has a nice little sting in its tail.

Albums with a conceptual feel can be strange beasts as bands can often get bogged down in storyline at the expense of songs. No worries on Shadows Of A Fallen Star Pt.1 as each track can be consumed individually or as part of a cohesive whole. The title suggests there’s another instalment coming and, if so, it has a lot to live up to… 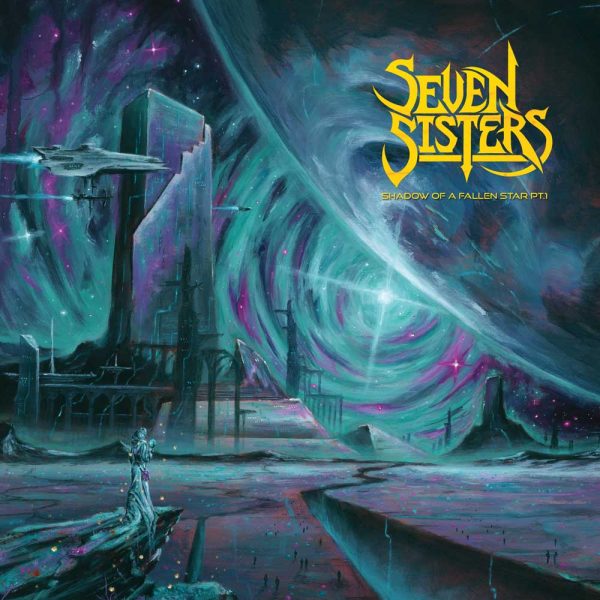