While for some Brazil might evoke images of Pele and Copacabana Beach, for any metal follower the first name to spring to mind is much more likely to be Sepultura.

The South American metal titans have gone through a few changes since their formation with the Cavalera brothers at the head of affairs in 1984.

When the irascible Max departed Sepultura to form Soulfly in 1996 he left big boots behind to fill, with the likes of Phil Anselmo and Chuck Billy trying out for the role.

It soon became clear though that the band had struck gold in the sizeable form of Ohio man-mountain Derrick Green. This impressive boxset brings together under one roof Green’s first five albums with the band, released between 1998-2009. 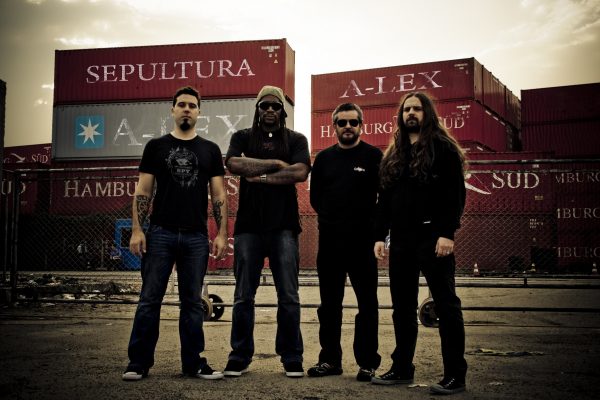 For a whole generation of younger fans Green now is Sepultura and it is his voice that roars like a demon across Against, Nation, Roorback, Dante XXI and A-Lex.

Of the five albums, Dante XXI is arguably the strongest, blasting into life with the machinegun kicks of ‘Dark Wood of Error’.  The fifth album A-Lex is something of a landmark in the Sepultura story, being the band’s first album without any Cavalera involvement, following drummer Igor’s departure in 2006.

In addition, the Roorback album features the rare Revolusongs EP, which is available for the first time digitally and saw the band celebrate their influences with covers of bands as musically broad as Devo, U2 and Massive Attack!

If there are gaps in your Seps collection then this impressive boxset should help fill at least a few of them.

Released via BMG this Friday, 22 October

You can pre-order Sepulnation here.