We’ve reviewed a few releases from Canada’s Sepulchral Productions here at Midlands Rocks (see the list here) and today we have a few more from Quebec’s finest, all of which are released tomorrow, 28 March.

You can read all of ’em or click on each to go directly to the review.

The fourth album of one-man-band Neige et Noirceur is a bleak and blackly atmospheric affair. Amid the ice cold ambiance and the raw, lo-fi production are subtle effects that shape the experience of this album further, sharpening its edges and fleshing out its many dimensions. From the slow unveiling of the opening title track through to the frost-bitten weight of ‘La Marche Des Astres Noires’, the musicianship is delicately controlled, the songs elegantly crafted, and the all-encompassing nature of the tracks are epic, melancholic, and nuanced. Yet there is something familiar about the black metal aspects of the tracks that at times can render them indistinguishable from that of the early 90s and so, while perhaps intended that way, don’t achieve what they might. And though the patterns are interesting and do their job in providing adequate support for the tracks, the drums occasionally sound flat, one-dimensional even, lacking the dynamic control of the other instruments and detract from the overall impact.

But it’s with each of the three parts of ‘Les Caverns De Glaces’ that the album stands out. That each track is incredible alone speaks volumes, but taken together they form a progression, a development, as if plotting a spiritual evolution or transformation into something beyond the ken of this corporeal existence. These tracks are a world of their own, each track, each passage, and each texture as significant and meaningful as its counterpart. While the first five tracks are good, this is where Neige et Noirceur’s strengths lie. On the one hand, this may feel an album of two separate parts, there is still a strong sense of unity and coherence to it that makes it an album worth your indulgence. One to spend time with, a lot of it. 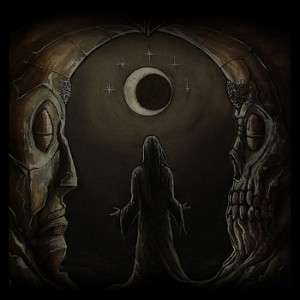 Quebec quintet Beast Within like it old school. Very old school. With their influences – Celtic Frost and Pentagram – blatantly brandished like a weapon of unholy destruction, they revel in all the glory that the occult and the left hand path promises. While low slung riffs chug their distorted density, vocalist Eric Syre growls his discontent to make for a heaving, sweaty mass of ruthless blackened death. Of the two songs, ‘Servitude’ is the better, feeling much more cohesive than ‘Adversity’. With just two songs on offer, there’s barely enough to gain an adequate impression of the band but what is here is pretty good though their unashamed idolatry overshadows innovation. 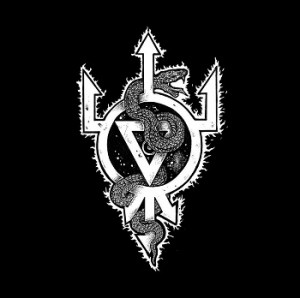 When it comes to split releases, odds are that one, maybe two of the bands included are going to be atrocious. A split release of four bands from the Métal Noir Québécois movement, each track focussing on a particular Quebec legend, that’s definitely not the case here.

Forteresse’s ‘Wendigo’ (a demonic half-beast creature with the power to possess humans), with its cascading melodies and melancholic atmospherics, is black, bleak and beautiful. From Chasse-Galerie, the dark passages of ‘Le Bois des Belles’ have an anthemic feel, the raw production compounding the track’s ice cold nature. Like Lys Noir (reviewed here), Monarque’s ‘Le Griffe du Diable’ is vicious and unsettling, hostile and aggressive, grand and haunting. And Csejthe’s ‘Murmures Nocturnes’ is just stunning, harnessing all the agony, melancholy, and fire displayed on their second album Réminiscence (reviewed here). Four great tracks from four great bands, as splits go, this is outstanding. Limited to 500 copies, you’d best be quick. 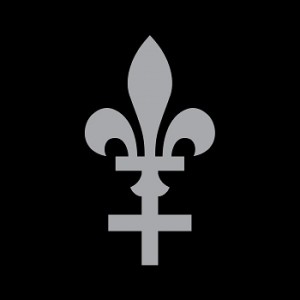