Less than a week after Saxon‘s two triumphant 40th Anniversary Castles & Eagles dates fans are treated to the release of their 23rd studio album, Carpe Diem.

Following the trend of recent albums, Carpe Diem has Andy Sneap overseeing production at Backstage Recording Studios in Derbyshire with Biff Byford and Sneap mixing and mastering. As the intro of the title track gives way to Nigel Glockler’s drums it leads the rest of the band in and we’re greeted with the familiarity of a classic Saxon opener; riff heavy, screams from Biff and an insistent beat that makes tapping your feet and shaking your head an irresistibility. Before the first track is done you know you’re going to be in for a good ride. The pace doesn’t let up as they hurtle into the Industrial Revolution inspired ‘Age Of Steam’.

Next up is ‘The Pilgrimage’, a majestic six and a half minute epic in the vein of ‘Crusader’ or ‘The Eagle Has Landed’ with some tasteful guitar work from Doug Scarratt. Biff has always told a good story with his lyrics and Carpe Diem is no exception; ‘Dambusters’ is self explanatory and is typical, no messing, Saxon with kicking double bass drums and a great bass line from Nibbs Carter with an abundance of riffery and solos from Paul Quinn and Doug Scarratt with the first solo tearing in before the first 45 seconds. Elsewhere we have songs covering ghosts (‘Lady In Gray’), musketeers (‘All For One’) and life in the Arctic Circle (‘Black Is The Night’). Most notably, though, is second single ‘Remember The Fallen’ that chooses to cover the pandemic from a factual, rather than political, perspective.

The overall production and feel of Carpe Diem captures the same essence of the band in the 90’s as heard on the likes of the superb Unleash The Beast and Solid Ball Of Rock albums. Biff sounds incredible throughout and you’d be hard pressed to tell the difference between his vocals here and those from, say, 30 years ago. There’s a vitality here that is rarely seen in many of their contemporaries current output.

For a band that have rarely compromised on quality over their career, Carpe Diem is not only an unrelenting statement that confirms Saxon’s relevance but also clearly shows that they are still very much at the top of their game. With a UK tour for November just announced that sees them playing some of the largest venues they’ve played in years, there are few bands more deserving of seeing sold out concert halls. 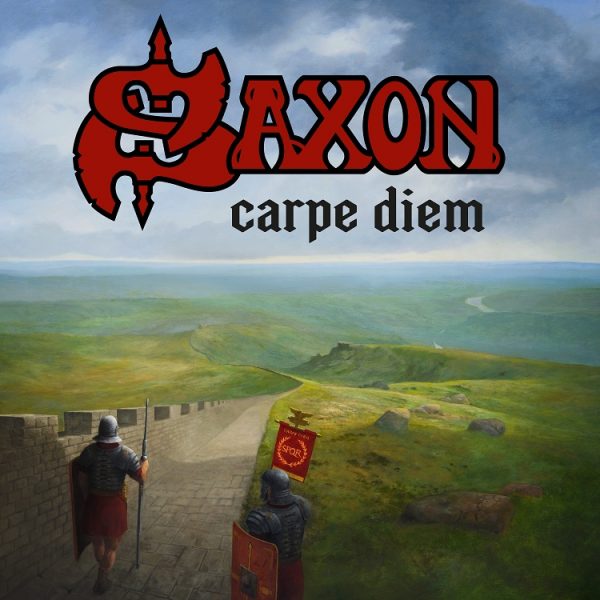