As compilations go, this one takes some beating.

First, what is it not? It’s not a live album. Some sleight of hand going on with that title, and an opportunity missed perhaps, especially when you consider what it is. Return To Wacken is a compilation of hits/’best of’ tracks, taken from the relevant studio albums. In other words, a potential setlist for the band’s return to the Wacken stage this year. Thus the title.

Criminally underrated, Savatage, whose debut album was released in 1981, have seen more than their fair share of tragedies and line-up changes. All well documented. And they were 5 albums in before they emerged from the dismal “dungeons & dragons” darkness of their previous recorded work. That’s not counting the Quixote like tilt at the windmill of commercial success, with fourth album, Fight For The Rock.

By the time they recorded album no.5, The Hall Of The Mountain King, they’d met producer/writer, Paul O’Neil, and everything changed. The title track leads off this compilation, and marks a step change in the quality of the band’s material. They’d sluiced away the dross and were mining gold nuggets now. This was rock opera for the metal fan and the working man. Unpretentious, sophisticated, accessible, complex, elegant. A weight of hard rock seen through the prism of classical music. Gutter Ballet (the track and the album) takes the development a step further…dragging a poppy, melodic performance confidently into Progrock territory.

Through all these tracks (1987-1998) you can see a band whose grasp was the equal of their increasingly ambitious reach. It peaked, arguably, with ‘Believe’, from the Streets: A Rock Opera album, and if this isn’t their Magnum Opus, it’ll do till their next Magnum Opus comes along. Thereafter, the leaner, meaner ‘Edge Of Thorns’, from the album of the same name, was the only real detour from the band’s chosen Rock Opera/Progrock path.

Many more highpoints follow here… the thundering musical theatre of ‘Dead Winter Dead’, the uncompromisingly hard edged axework, cutting through the sweet melodic sweep of ‘In The Wake Of Magellan’, and the passion, clarity and punch of the standout ballad that fittingly closes the album, ‘When The Crowds Are Gone’, taken from Gutter Ballet. As compilations go, this one takes some beating. 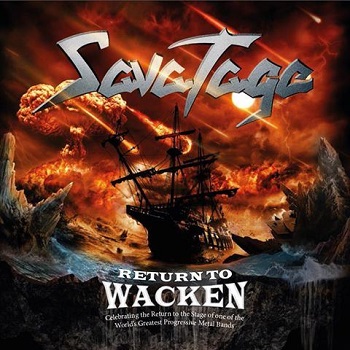