When it was re-released in late 2013 as a picture disc, 2010’s Nachzehrer was my first introduction to Finnish Satanic Warmaster Werwolf’s works (reviewed here). While not a great album, the crudity of the lo-fi production enhanced the ferocity of the trem-picked riffs, Werwolf’s pained and murderous vocal lacerations, and the cold melancholy of the keyboard melodies. After a few negligible releases since 2010, the lycanthropic one is back with Fimbulwinter and Werwolf’s development in the last five years is immediately apparent.

The corrosive trem-picked riff and the brief acoustic passage that opens the merciless ‘Fimbulwinter’s Spell’ set both pace and standard very quickly. With ‘Funeral Wolves’ and ‘Korppi’, the atmospheric side of the band emerges more distinctly with intricate guitar work, synths, and a few slower passages. These traits continuing to develop as the album proceeds, it’s clear that the structure of each track and the album has clearly been pored over to maintain both the album’s intensity and its integrity. The acoustic guitar work, for example, in ‘Dragon’s Egg’ is beautiful and works wonderfully as part the track as a whole, as does the three-minute synth mid-section of ‘Winter’s Hunger’. And with production that is far superior to any of his previous releases, other than the synths such as on the John Carpenter-meets-Vangelis piece ‘Silent Call of Moon’s Temples’, the sound of this album matches the music’s evil intent.

An epic journey all its own, Werwolf has achieved something near exceptional with Fimbulwinter. As clean and crisp as it is cold and callous, some may disapprove of the production values but the quality of the song-writing and the album as a whole is undeniable. First released in November 2014 through Werewolf Records, Hells Headbangers are releasing it on CD, LP, and tape. Compulsory. 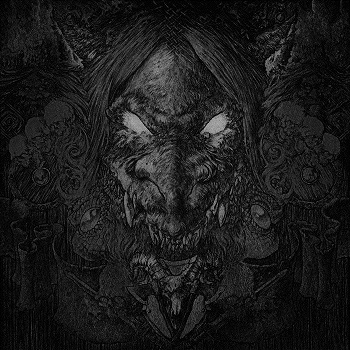