Satan’s fires are burning fiercely once more and if you venture too close you’ll run the risk of third degree burns. The legendary UK veterans first emerged in the halcyon sepia-lined shop window of the NWOBHM – and if that troublesome Scrabble-hand leaves you scratching your head, you are probably reading the wrong album review for you.

Forty years on from the likes of Court in the Act, when metal hordes first raised their devil horns in appropriate salute, Satan are back with album number six, the five-piece led into battle one more time by inimitable frontman Brian Ross.

‘Ascendancy’ is something of an apposite album opener because the Toon titans have indeed been in the ascendancy over the past decade following a hiatus when they gave their guitars a much-needed breather.

As well as appeasing the old school brigade, many of whom are probably now walking the streets with a bus pass in their back pocket, Earth Infernal will also have plenty of pull with a younger audience.

While guitarists Steve Ramsay and Russ Tippins usually work their riffs alongside each other in blissful harmony, on this latest album the dual axemen mix things up, with dual leads for an even heavier sound on a couple of tracks, racing through the gears on the likes of ‘A Sorrow Unspent’. 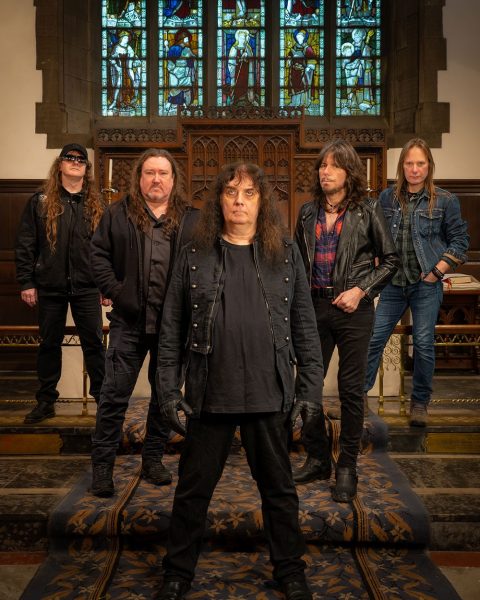 Young or old, the album’s ecologically friendly themes will find favour with most people thesedays, and despite what you may previously have heard, it seems Satan doesn’t like things red hot after all… certainly not when it comes to the planet that sustains us all as our friends from the north make clear on ‘Earth We Bequeath’.

Satan really reestablished themselves as a riff happy domestic force to be reckoned with around a decade ago since when they’ve applied themselves to the task in hand with an admirable level of conviction that they at times lacked in their youth when twice changing the band’s name.

Their 2018 Cruel Magic – their first via Metal Blade – put them firmly back in the shredding spotlight, securing festival bookings aplenty, and a few more years on the clock has in no way dampened their ardour with sixth Satan album Earth Infernal another all guns blazing affair.

Still, Satan’s renaissance continues asunder, the band showing as much passion and energy, and at times possibly even more so, than in the dim and distant past of the 80s. Let’s just savour them while we’ve got them. If you love traditional heavy metal, bubbling over with scintillating solos, rainbow riffs, throbbing basslines and scale shattering vocals then Earth Infernal won’t disappoint. Hail Satan!

Earth Infernal is released via Metal Blade on 1 April 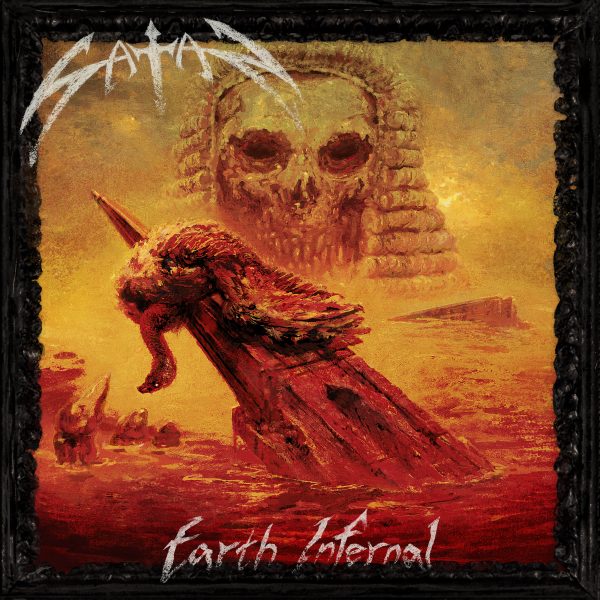