Head and shoulders above their peer group…

A self-titled second album alarmingly suggests some kind of re-appraisal has taken place, even at this early stage of their career. It’s undeniably heavier than the debut, Screaming For Adrenaline, and they seem to think that gratuitous swearing will somehow add credibility to their designer rebel image. But it’s not the eighties, and that whole Sunset Strip attitude just doesn’t cut it anymore. What you need are songs, musicality, arrangements and production. And they all need to be great.

Amazingly, Santa Cruz confound our preconceptions by having all of these qualities, and more, in abundance. With this album, they have carved out a niche of their own. Once you look past the gaudy macho imagery, you can see that they’ve learned fast. Post-grunge constructed riffs – industrial weight but slick and transportable – fuel the songs here. They re-imagine Skid Row as played by Pantera. Maybe it’s Santa Cruz’s way of saying that they know what year it is. The fact that they then go on to graft some memorably melodic choruses onto those power chords raises this band head and shoulders above their peer group.

Of all the tracks here, ‘My Remedy’ neatly fits together all the components, matching up a flamboyant, spoken word intro to an earth moving riff, then sweetly changing up a gear into an anthemic chorus. It may sound something of a Frankenstein creation, but it moves and it grooves with grace and purpose. ‘Bonafide Hero’ and ‘Wasted And Wounded’ follow closely, each again deploying jagged edged riffs, hitched to starry eyed hooks.

Elsewhere, the punky, rap lite ‘6 Feet Under’ doesn’t work quite so well, and ‘Velvet Rope’ sees them reaching just a little too far. But ‘Bye Bye Babylon’ and ‘Can You Feel The Rain’ are hugely impressive contemporary rock songs, with just enough hints of glam and rock’n’roll fragility to suggest there’s even more to come from this band next time round. 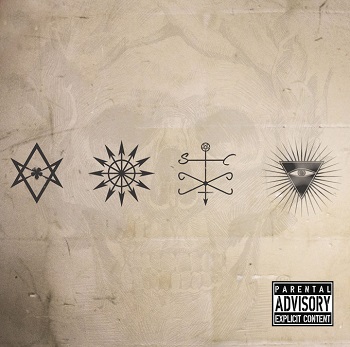