1980, and Sammy Hagar hadn’t yet found the key to AOR and Melodic Rock greatness, but a few tracks on the Geoff (Toto/Foreigner/Journey) Workman produced Danger Zone (Hagar’s fifth solo album) indicated he was slowly inching his way toward it.

The advantage he had over his contemporaries was his skill as a songwriter. That later become more obvious when he took over from David Lee Roth in Van Halen, (and led the band to four career peak albums).

At times here though, he struggles to find the milieu he was seeking, with a handful of largely bloodless songs pinballing pointlessly through the spaces reluctantly vacated by the better tracks. ‘Miles From Boredom’ and ‘The Iceman’ are notable for all the wrong reasons, both exhibiting that sleazy, bluesy style he lazily resurrected to spoil the Chickenfoot albums. Then there’s the throwaway pop radio fodder, ‘Mommy Says, Daddy Says’ and ‘Heartbeat’.

These only serve to accentuate the quality of harder rock tracks ‘Love Or Money and ’20th Century Man’ … songs whose skeletal riffs never settle into a too comfortable groove, each heavy boned, but light on its feet, constantly pushing Hagar along with a relentless rhythmic pulse. Of them all though, ‘In The Night’ and ‘Run For Your Life’ (co-produced by Tom Scholz, w/Steve Perry on bgvs) captured the AOR sensibility that Hagar was clearly after, combining the sound of the street with hookily commercial content.

It was Hagar’s last album for Capitol Records. The following year he signed up with Geffen and went on to achieve spectacular gold and platinum solo success, thus alerting Eddie Van Halen.

As always, Rock Candy’s backroom boys get the compression/volume equation just right in the remastering suite. Hard to believe this was recorded 38 years ago. Too bad there aren’t remastering Oscars… “and the best remastering job goes to . . .” 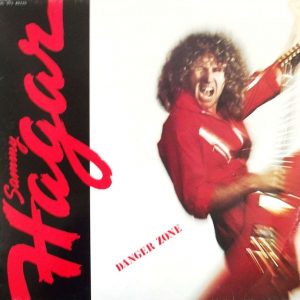