Self released on 24 November 2017 and reviewed by Stephen Brophy

There are quite a lot of bands around at the moment that are playing a very bluesy rock style and a lot of them sound really good. And Samarkind’s debut album is right up there with the best of them. Definite influences of rock, blues, southern rock and possibly a little bit of a country rock edge at times, but it’s how it’s blended that makes it work.

Certainly it’s not something brand new sounding, but the only thing that counts is how good the songs are and how well they are delivered. Definitely built around the excellent vocal abilities of David Paul Byrne – and boy does he show it off here – for a band on the harder rock side of the coin, his voice is just about perfect for the musical style of this album. This is perhaps one of the best sounding debut albums to come out of Ireland in recent years, certainly of a bluesy rock sound.

Highlights are definitely the terrific ‘Sun Stroke Heart’, a ballbuster of a track. Right from the off it just grabs you, very much on the rock side of their compass, but also just so funky with that riff. The blend is great and the sound is absolutely massive. A track that calls you back all the time, it’s a classy piece of work and you can already hear it being massive when they play it live.

Other top tracks are the kicking ‘Blue Mountain’ which is more blues but with again plenty of balls. The way Byrne hangs onto some of the lyrics just long enough before unleashing them adds that bit of drama to the song. The solos are powerful and like much of this album you have no issues listening to them on repeat. Some of the more pure blues tracks show a slightly different delivery and that adds a nice variation to the album such as on tracks like ‘Touch Stone Man’. And then there’s the haunting ‘Good Man Call’ which demonstrates a lot of depth and maturity to their work, we aren’t dealing with young kids here, but their experiences have obviously given them a lot of strong material to work with alongside the ability to work with it to create something a little special.

There is a reason why this album has been getting a lot of attention of late, it really is quite excellent, the band are putting together further live dates in 2018, so make sure you get out there and check them out if they are somewhere near you in the coming months. These songs are sure to blow the roof off live. Cracking debut album and honestly can’t wait to hear more from these guys. 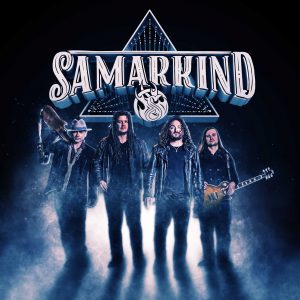