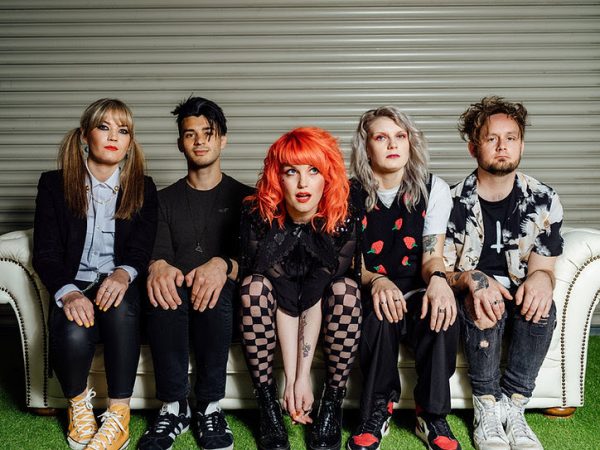 An expression of dark matter, A Mouthful Of Magnificent Spite sees the quintet explore topics of narcissism, toxic relationships, and the struggles of mental illness – infiltrating the alternative scene with their fresh cut of white-hot noise. Riffy and anthemic with equal waves of melodic splendour, Salvation Jayne’s unruly displays blend classic pop-punk tendencies with a brazen exhibit of unique flare.

Drawing influence from a varied supply of eras and bands/artists alike, the merge of differing tastes amongst the group provides the catalyst for the band’s edgy aesthetic and unparalleled sonic identity – equipped with tonnes of personality and auditory vigour.

Composed of Chess Smith (vocals/keys), Holly Kinnear (guitar), Tor Charlesworth drums), Dan Lucas (bass) and most recently Erim Ahmet (keys),Salvation Jayne are alternative newcomers on the rise. Reigning from Kent, the band began making waves with their 2020 debut ‘Coney Island, Baby!’ followed by recent singles, ‘Violent Silence’, ‘Cody’, and forthcoming album title track, ‘A Mouthful Of Magnificent Spite’. Incessantly touring up and down the country, the forward-thinking five-piece has rightfully begun to make a name for themselves in and around the UK, selling out multiple headline shows amongst compiling a series of notable support slots with the likes of Milk Teeth, Rews, Saint Agnes and The Subways. Under their belt, they also have a series of live studio sessions produced by Sylvia Massy (Prince, Aerosmith, Tool, System Of A Down) alongside a Dolby Atmos recording at Dean Street Studios.

Listen to A Mouthful Of Magnificent Spite.

A MOUTHFUL OF MAGNIFICENT SPITE TOUR