Paul ‘man the lifeboats’ Castles holds the Jolly Roger aloft while listening to Sail, whose debut album was released via Hibernacula Records on March 3, 2017

If you like well-defined barrel chested soundwaves big enough to surf on then newcomers Sail will float your boat. Slumbersong features 11 songs which whizz by in a flurry of rapier riffs, hirsute harmonies, great choruses and an infectious energy that swarms over you like a plague of locusts.

Although often spoken of in the same breath as Pallbearer, Sail seem an altogether warmer bunch than the angst-laden Arkansas doomsters. Slumbersong is their debut release although some of the band members were previously on board together with Husk so this isn’t strictly a new alliance. Once a change in musical direction was formulated the West Country quartet felt a new name was in order to draw a line in the sonic sand between Husk and Sail.

The new sound is more of a stoner shift pumped full of immense riffs that fill the room with their sound. Right from opening shot, ‘Praise and Hatred’ it’s clearly that Sail are on to something with a well-defined approach that sticks its chest out like a rugby player. ‘Righteous’ conjures up some fuzzed up warm grooves with the extended instrumental sections cushioning the vocals effectively.

Sail tap into that vibrant sound of the like of Baroness and Clutch but while their natural enthusiasm is almost impossible to resist they show a more considered side of their nature on slower pieces such as the shimmering ‘Ghosts’ with its nerve tingling guitar solos. 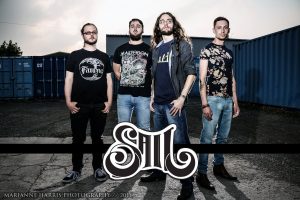 After 90-seconds of meandering riffs on ‘Bloodhound’, Sail get down to things again with ‘The House’ in which the guitars meld into a seismic sonic compendium with double vocals kicking in, with the rhythms lustily feeding off each other.

At times Sail drift towards prog territory, while at their most outlandish occasionally enter the realms of psychedelia. None of that features at the start of ‘Old Tom’ however, which initially keeps things low key. Very quickly though the gloves come off and a surging river of riffage bursts its banks as Sail really turn the taps on full. The two-vocal harmonies work well, while the bruising battery of drums give this song more a more muscular feel.

The tempo and tone on ‘Shimmer’ could scarcely be more different. The vocals are cleanly sung rather than roared out while the soft lines add a touch of fragile melancholy up until now not really seen on the album. The chorus when it kicks in is massive, almost lighters overhead stuff, although the song retains sufficient strength to prevent it from plummeting into a well of self-induced sorrow.

Sail arrive in port with the title track, another inward looking voyage, albeit a short one. Again the quartet don’t shy from wearing their hearts on the sleeve, ending the album in haunting fashion.

Sail have thrown their hat into the ring for this year’s Metal-2-the-Masses challenge, the golden ticket for the regional winners of course being a slot at this year’s Bloodstock Festival. I wish them well with that and certainly their commanding sound, if successful, won’t be out of place at Catton Park in August. 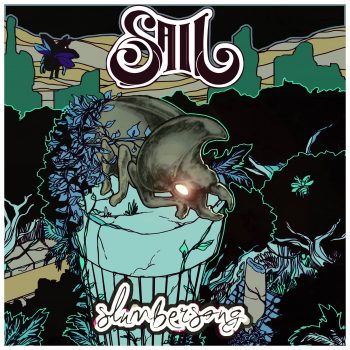