Jason Bieler was never the well balanced conformist. He was a man with a singular vision of making music that was several places at one time. He wrote and produced The Lizard, the band’s second recording. It is whatever is the opposite of flamboyance – stark and original modern rock/metal that is often bizarrely catchy.

And ironically, it was his one sop to the mainstream, ‘Love Is On The Way’ that provided the minor breakthrough. The band’s full blown, but carefully calibrated tilt at the Billboard charts was modelled on what had worked for others. Extreme’s ‘More Than Words’ and Mr Big’s ‘To Be With You’ were similarly commercial – if unrepresentative – ballads that had climbed the Billboard charts a year earlier.

But, that aside, it’s the wordless vocalisation of opener, ‘Cruelty’ that gives us an immediate clue as to Beiler’s mindset during the writing and recording of The Lizard. This hauntingly abstract instrumental has the distinctive sound of a grindhouse movie soundtrack. It more than sets us up, intriguingly, for an album of grubby, gilded songs with stars in their eyes.

Again, the music is heavily influenced by the Beatles, or more accurately by the muted firepower, dexterity and innovation of REVOLVER. ‘Feel The Same Way’ and ‘God Of 42nd Street’ are Lennon-esque songs with luminous melodies, gliding gracefully through Bieler’s musical murk. They are all but elbowed out the way by the born-in-a-garage rock of ‘Hostile Youth’ and ‘Peppermint Tribe’, full of stuttering riffs and surface bravado, pushing their way up to the front. Survival of The fittest.

Scattered throughout, stuff like ‘My Dog’ and ‘Freedom’ seem like displays of unhinged indulgence, where Matt Kramer upstages Bieler by turning on his best versions of Ian Hunter mimicry, on songs about dead dogs and, well, freedom. The recorded equivalent of “you had to be there”.

And so, for music critics, The Lizard was yet another unquantifiable album. Full of kinetic energy and bristling with ideas – some work, some don’t – it tested the loyalty of their label, but their fanbase liked it, and it went gold within a year of release.

And you can’t help but think that Bieler’s bravado deserves to be served up in a lavish, deluxe package, with fully restored audio and a plethora of essays, interviews and pics. And thus, it is. 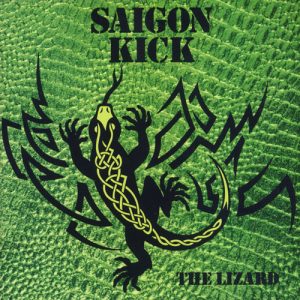