You can practically smell the bell-bottoms…

Listening to this album, I can practically smell the bell-bottoms. With swirly, psychedelic spaceship sounds scattered liberally throughout and the almost inevitable Hammond organ driving all before it, this feels like Deep Purple met Hawkwind and Uriah Heep and decided to go out and record an album. The opening track ‘Staggered In Lies’ even begins with a swirly space horn before the guitar and organ kick in, and some semblance of a song emerges.

The reverb-drenched vocals provided by Brenden Dellar are practically another layer in the soundscape rather than a focal point – lightly distorted and echoing, they add to the feeling of being part of an acid trip instead of giving you something to hold onto. The guitar overdubs and organ move around in the mix adding to the general feeling of being swirled and spun around, and there’s a general feeling that they’ve recorded this underwater in the middle of some sort of swirling vortex.

While this album is only six tracks long, it still clocks in at just under 44 minutes long – the self-titled final track is a shade over 12 minutes long all on its own. Radio-friendly three-minute songs are most definitely not the order of the day here. What you get instead is the auditory equivalent of a lump-hammer coated in velvet. It’s the sound of wailing wah-wah guitars through crunchy tube amps, and looping basslines and Hammond organ holding all of it in place. It’s the twin guitar lead lines of Dellar and Dylan Donovan drilling into your pineal gland.

And yet, for all of the heaviness, and all of the entheogenic overtones, there’s a ton of talent on display here. I originally thought that the dual guitar lead lines were the result of an octave pedal or similar, but then I realised that the lines weren’t identical – they were moving from playing the same riff in a different octave to playing harmony lines and then back to octave seamlessly. This was two guitarists playing in perfect synchrony with one another – that’s Allman Brothers or Wishbone Ash level guitar work. It could be creepy and disjointed hearing that level of talent in the midst of a psychedelic swirl if it didn’t fit perfectly – but it does. I’ve listened to it several times and I still can’t work out how they’ve done it.

In summary then, this is consummate musical skill used to produce a very heavy, very 70s style psychedelic stoner rock album. As a five-piece, they generate an intense wall of sound that never feels dull or repetitive. Even though psychedelia isn’t something I’d normally go for, I find myself kicking back and listening and enjoying this immensely. 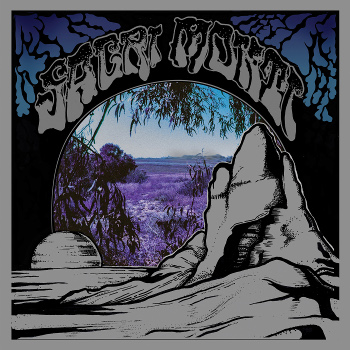