Recorded immediately before the world was gripped by a pandemic, mixed and mastered in lockdown and described in its promo material as “essentially a breakup record” following Hamilton’s divorce, ‘Nowhere To Go But Everywhere’ would be forgiven for being a massive, ponderous downer of a record. Written during a “long, soul-searching trip” through “the heartlands of old America”…yeah, this is gonna be a self-indulgent sobfest for sure.

Books, covers, judgement etc…‘never judge an album by its press release’? What we actually have here is an 11-song love letter to classic rock ’n’ roll, epitomised by lead single ‘Newcastle Charm’ – basically a tune from an alternate reality where Tom Petty grew up in the Toon (even namechecking American Girls on the way through). The UK connection is strong, too – The Harlequin Ghosts comprise bassist Rob Lane and drummer Mickey Richards, both 25-to-lifers of the British rock scene.

Never moving too far away from the poppiest of R’n’R, we get a taste of gospel (‘Can I Get An Amen’), flashes of honky-tonk (‘Out Of My League’), a sprinkling of Counting Crows-esque balladry (‘Don’t Fall Apart’) and even a touch of slow-dance country (‘Southern Accents’). If you’re looking for space-filling piano, ‘whoa-oh’ backing vocals and slide guitar, you’ll find those too – little wonder that Hamilton’s solo EP topped the iTunes Country Chart back in May.

Special mention has to go to sophomore track ‘Oh No’, featuring Kay Hanley – lyrically more or less a checklist of the finest albums and bands of the past 60 years. Super-cheesy, even managing the requisite ‘last-chorus-key-change’…this could quite easily have been cringeworthy, but somehow pulls it off with aplomb. Oh, and the closing emotional one-two punch of ‘We Gave It Hell’ and ‘Pick Yourself Up’…I’m not crying, you’re crying.

It’s been a long road for Ryan to get here (his backstory makes for fascinating reading), but with a three-album-strong backing band, a seemingly rock-solid partnership with UK super-producer Dave Draper and the outspoken support of Wicked Cool Records boss Steve Van Zandt (yes, that one)…well, the album title seems appropriate. 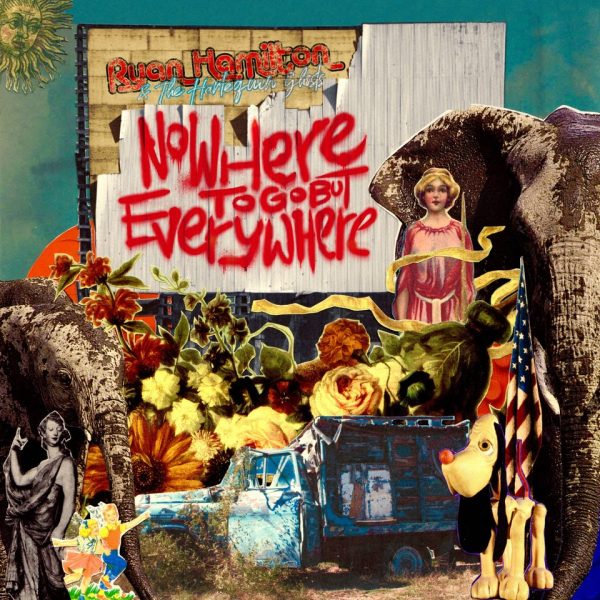