In 1980, Black Sabbath recruited powerhouse vocalist Ronnie James Dio at the start of a new era for the band. 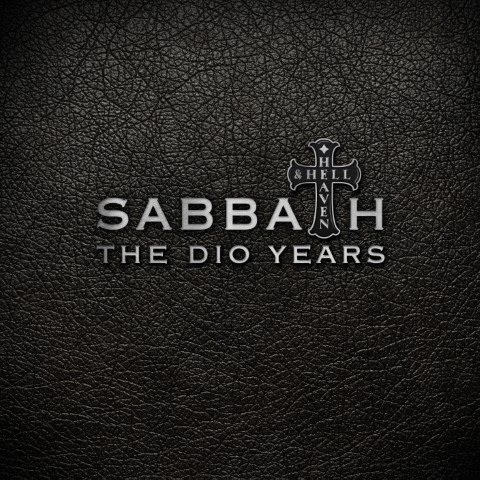 ‘Heaven and Hell’, the first studio album they released is now regarded as one of the most iconic rock albums of the 80s. Rolling Stone Magazine voted the album number 37 in the greatest heavy metal albums of all time.

This huge coffee table book from Rufus Publications celebrates this era of the band right through to the ‘Heaven and Hell’ project with a wealth of unseen pictures and memorabilia and with a linking text from rock journalist Howard Johnson who interviewed Tony Iommi and Geezer Butler to discuss this era. With more than 440 pages, this is an epic illustrated record of one of metals greatest bands.

“I first met Ronnie at our rehearsal house in Beverley Hills. He arrived in this massive brown Cadillac that looked too big for him to drive. He seemed pleasant enough, but when he started singing I was blown away – so much power in such a diminutive stature. He quickly got to work on some of the ideas we had and turned them into songs for what became the ‘Heaven and Hell’ album”.
Geezer Butler

The book has been put together with the full co-operation of the band and features pictures from Wendy Dio’s own personal archive.

The Standard Edition
Measuring 300mm square with a printed hardback cover and supplied in a black cloth slipcase. £99 each.

The Deluxe Leather Edition
ONLY 225 COPIES WORLDWIDE
Measuring 300mm square this leather bound book features a Heaven and Hell zinc cross embedded in the black recycled leather and silver foil. It comes in a black leather clamshell box with a beautiful numbered print print of Harry Carmean’s drawing of the band and a fold out poster. This book is signed by Tony Iommi, Geezer Butler, Bill Ward, Vinnie Appice and Wendy Dio. Numbered 76 to 300. £375 each

The Giant Epic Leather and Metal Edition
ONLY 75 COPIES WORLDWIDE
This giant book measures 370mm square, is bound in leather and features a Heaven and Hell zinc cross embedded in the black leather and silver foil. It comes in a black metal slipcase with a beautiful numbered print of Harry Carmean’s drawing of the band and a fold out poster plus two numbered giclee prints of the band exclusive to this edition. The book is signed by Tony Iommi, Geezer Butler, Bill Ward, Vinnie Appice and Wendy Dio. Numbered 1 to 75. This edition also ships with a copy of the standard edition. £999 each.

The books will ship in September 2021 and the pre-order starts on Friday April 23rd at 3pm UK time from https://www.rufuspublications.com/rufusbooks/sabbath