Ross Halfin and Rufus Publications are pleased to announce the publication of ‘Edward Van Halen by Ross Halfin’ a 356-page celebration of rock’s iconic guitar player, a man who changed the way rock music would be played forever. This extensive photo book features many classic and unseen shots chosen by Ross from his personal archive together with an exclusive introduction from Edward’s friend and fellow player Tony Iommi. Respected journalist Mark Blake provides a career essay on Van Halen’s hugely successful career.

“I am very pleased to announce my latest book ‘Edward Van Halen by Ross Halfin’ which is available for pre-order now from Rufus Publications. I started shooting Van Halen in 1978 when they were just a support band for Black Sabbath . This book delves deep into my archive covering the early tours with Roth in the late 70’s onto the commercial explosion of the early to mid 80’s on through the vastly successful “Van Hagar” era covering every album and tour and even the Gary Cherone fronted VH III era . I always enjoyed shooting Van Halen, from a photographer’s perspective they always gave you something and the many studio shoots always generated a lot of laughter and good memories . The book also contains a really great foreword from Tony Iommi.” 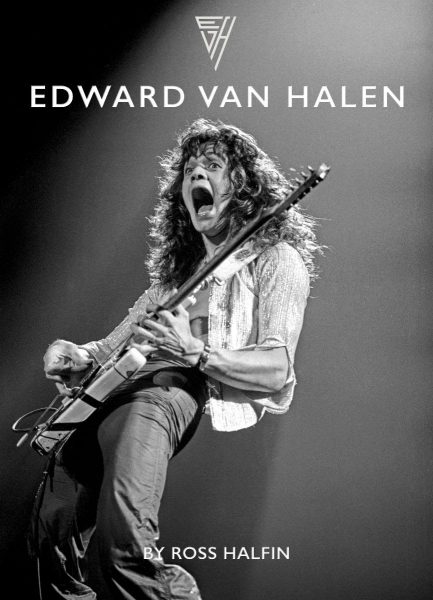