Mystery band Roulette ducked under the radar in 1990 then reappeared in 2015. A few single releases in a Boyband vein suggested they knew how to put a song together. Tours with The Electric Boys, Treat and Lions Share allowed them to buff an album’s worth of new songs to an imperishable Melodic Rock shine.

This is the band many of us thought Work Of Art would become, before their stock progressively diminished as each new album led to further disappointment.

Yes, Now is derivative, yes, it’s full of driving, urgent imperatives – the spirit of Tommy and Gina’s “us against the world” defiance is alive and well. But these bold references are more than backed up by heart lifting hooks, by punchy, pulsating choruses and a polished, 3D production from countryman, Chris Rehn. He has an ear for the fine textural detail that reinforces the broad melodic brush strokes. A marriage made in Sweden. Where else?

They reveal themselves to be songwriters rooted in the tradition of seminal Melodic Rock artists like Signal, Blue Tears and Harem Scarem. ‘Never Enough’ and ‘Keep On Dreaming’ could be meticulously constructed mash ups of all three, with swooning slices of Unruly Child, Alias and Def Leppard thrown in for good measure.

But Now amply demonstrates that they refuse to be boxed in by a one dimensional approach, picking up also on the classic elements of Max Martinish mainstream pop (Secret Room, The Only Way…see Video Lounge), and on that rare occasion, country (We Can Make It) before moulding and shaping them into their own likeness. And, they show glimpses of real ambition. . . ‘Soldiers Of Love’ echoes Fab Four psychedelia as interpreted by Hans Zimmer, positioning their music in a much bigger landscape.

There are no duds here. As the album unfolds, each track seems more fulfilling than the last. The album’s closing cuts, ‘Another Night’ and ‘Right By Your Side’, are filled to the brim with the kind of punchy, exquisitely sculpted melodic rock of sweet toothed AOR we associate with artists like Alias and Blue Tears, bursting with choruses that blaze like chinese fireworks, lighting up the sky on a dark night.

Unarguably, the best straight up AOR album of the last five years. 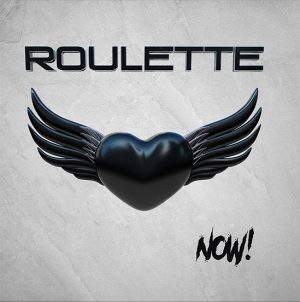