Acclaimed hard rock singer Ronnie Romero (Rainbow, Lords Of Black, Sunstorm, The Ferrymen) has announced a special album of cover versions, ‘Raised On Radio’, which is released on 15th April. A first single and video from it, ‘No Smoke Without a Fire’ (originally by Bad Company), is available now. 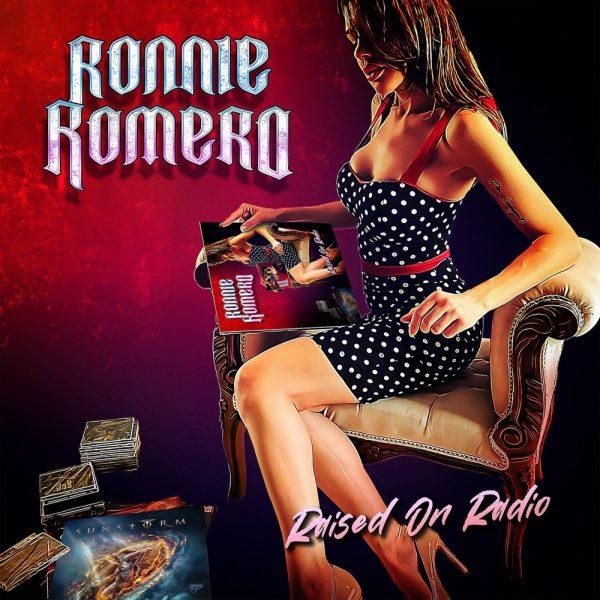 ‘Raised On Radio’ features covers of classics that have meant something to Romero and have helped forge his vocal style. Songs by legends such as Survivor, Bad Company, Foreigner, Queen and Led Zeppelin are given his unique vocal treatment, while joining him is a stellar cast of musicians that include guitarist Srdjan Brankovic (The Big Deal, Alogia), bassist Javi Garcia, drummer Andy C (ex-Lords of Black) and Alessandro Del Vecchio on keyboards and production.

Having already performed killer renditions of several hard rock classics while fronting Rainbow and the Michael Schenker Group (MSG), Romero has also covered songs by the likes of Journey, Queen and Rainbow with Spanish metallers Lords Of Black. However, for ‘Raised On Radio’ he has chosen in the main to avoid mega-hits in favour of deeper cuts, with gems by Queen, Kansas, Elf, Uriah Heep, Bad Company, Foreigner and more taken on with passion and enthusiasm by Romero and Co.

Romero’s voice and prolific activity have brought him to the forefront of the hard rock/metal scene where he has been heard with Lords of Black, The Ferrymen, Sunstorm, Rainbow and MSG. As ambitious and driven as ever, this record is a special treat for his fans while he continues work on his debut solo album proper.