Norwegian guitarist Ronni Le Tekrø makes a triumphant return with his first solo album in six years, Bigfoot TV. Ronni’s résumé is pretty impressive and includes work with Twisted Sister, Enslaved, 1349, alongside his long tenure in hard rockers TNT. Bigfoot TV allows Ronni to cut loose and pay homage to some of his influences and, as part of a six-piece band, he’s produced an album of nine tracks that are drenched in melodic rock and pack a hefty punch.

The first thing to note about Bigfoot TV is its sound; it’s warm, rich, and luxuriant and pours from my speakers like liquid gold. It’s always a danger when an artist self-produces (Ronni took on production duties with Kjartan Hesthagen) as a lack of distance can have questionable results but ‘Life On Long Island’ blows any doubts out of the water and reaches for the heavens with unrestrained effervescence. For over four decades Ronni has been pulling classic riffs from a seemingly bottomless well and, foreshadowing what’s to come, his frenetic fretwork fireworks make for a fitting finale to ‘Life On Long Island’. It is all the more vivacious because he’s not the type of guitarist to scrawl his sound on every surfac,e and Ronni’s solos are all the more precious for their rarity.

Ronni Le Tekrø has been practising Wicca since the 1980’s and he’s certainly sprinkled some magic dust on Bigfoot TV. ‘Demons’ is the type of songs that dreams are made of and bookends a raucous rocker with two acoustic passages. Like warm engine oil the band sound thick and treacly which ensures all the constituent parts rub together smoothly. Creeping as a nocturnal feline through a neon lit cityscape ‘Moving Like A Cat’ has a real late night feel and seems to emanate from a late night jazz bar. It’s evocative and emotional and should have you reaching for your air guitar.

What I like most about Bigfoot TV is its constantly shifting nature; no two songs are the same, they all inhabit their own space, but they also hang together as a collective whole. That this album flows so smoothly is due to the rhythm section of TNT bassist Ove Husemoen and diverse drummer Henrik Fossum (Level 42, James Arthur, Dionne Bromfield) both of whom provide a solid foundation from which Tekrø’s guitar unleashes all sorts of goodness. With a host of guest appearances this album is a star-studded affair yet there’s little in the way of egos and to reiterate this final cut, ‘Eyes Of The Woods’, is a piece of deep ecology that sends a stark warning and ensures that Bigfoot TV, often upbeat and jovial, ends on a rather sombre tone. 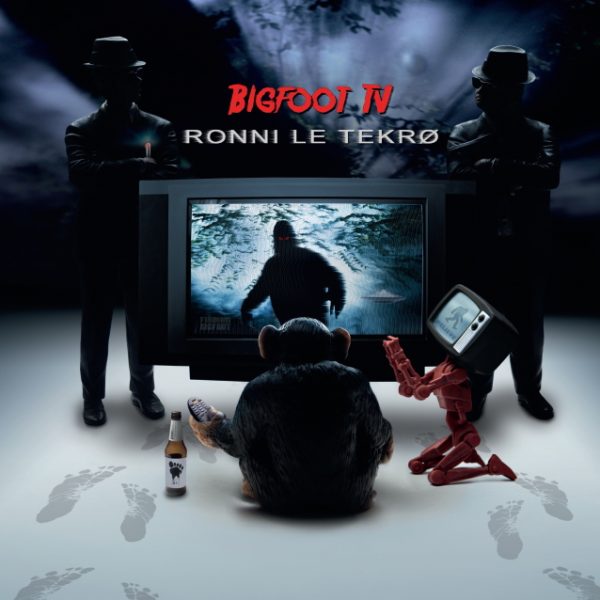