Rolo Tomassi have always been a difficult band to pigeonhole. Mathcore, progressive and post-hardcore are just some of the tags thrown at them yet, just when you think you’ve got them categorised, they shapeshift and veer off on a new tangent. In a constant state of flux their latest album Where Myth Becomes Memory finds them evolving some more and, now with wiser heads, have produced a career best album.

The ambient intro that heralds the arrival of ‘Almost Always’ is dreamlike and otherworldly and doesn’t hint at the coming storm as it gently entwines itself around the listener and, almost imperceptibly, adds layers and textures until you are completely enveloped in their sound. The keys hang starkly like icicles and Eva Korman’s ethereal vocals emanate from another dimension, both of which make the coming tempest all the more volatile. Certainly not recommended for somnambulists it’s a sudden sonic shift that’s really quite startling and will shock you from reverie. That’s just one of the many tension of opposites that echo throughout Where Myth Become Memory as clean singing is contrasted with guttural growls and musical maelstroms nestle next to atmospheric passages and the result is a sound that constantly repositions the listener and demands your full attention.

Where Myth Becomes Memory finds Rolo Tomassi further refining their sound and the epileptic thrashings of their early releases has been replaced by a more mature, measured approach and the result is a well-balanced listen. However, those who enjoy the stormy nature of Rolo Tomassi won’t be disappointed with this album and its nuanced nature marks it as a career best. The keys take a prominent role and the textures add light and shade and affect the listener in subtle ways while the drumbeat, played with metronomic precision, has a hypnotic feel. The monolithic beat on ‘Labyrinthine’ threatens to drag it down to the ocean’s depths yet Eva’s angelic vocals act as a buoy (those tension of opposites again) and the result is a song that pulls you in two directions.

The album’s production is a real boon and creates a bombastic sound, yet it also handles the quieter moments will equal care and if you need proof then check out the haunting ‘Stumbling’. It’s a sleepwalker of a song that perfectly captures that hazy moment between wake and slumber as it flows, ghostlike, from speaker to speaker. Of course, this makes the musical explosion that is ‘To Resist Forgetting’ all the more volatile and it sprays sound in every direction like a fragmentation grenade. Bringing things full circle is album closer ‘The End Of Eternity’ which has a decidedly shoegaze feel that slowly builds towards something vastly immovable and leaves you feeling dwarfed beneath its imposing brilliance. Sharing similarities with the opening track it’s perfectly feasible that when ‘The End Of Eternity’ fades into the ether you’ll immediately want to play this album again.

Where Myth Becomes Memory is an ambitious album that finds Rolo Tomassi at the top of their game. It’s cinematic and evocative and its defiance in avoiding genre classification means it will stand the test of time and still sound fresh and exciting many years from now. 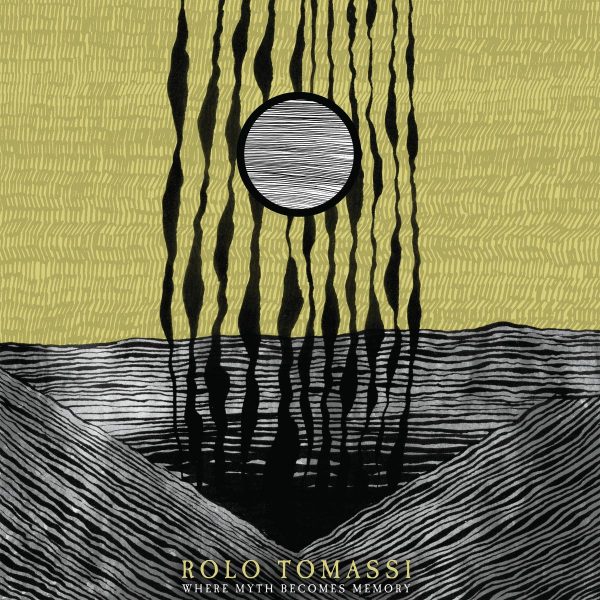