MFM and Sensible Events are pleased to announce Roger Waters This Is Not A Drill European tour in the Spring/Summer of 2023.

Roger Waters will play 40 shows across 14 European countries, starting in Lisbon on March 17, 2023, at the Altice Arena. 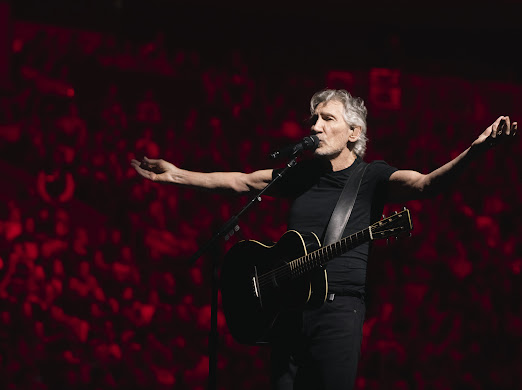 The show features 20 Pink Floyd and Roger Waters classic songs, including: “Us & Them”, “Comfortably Numb”, “Wish You Were Here”, and “Is This The Life We Really Want?”. In addition, Waters debuts a new song, “The Bar”.

“This Is Not A Drill is a groundbreaking new rock and roll/cinematic extravaganza, performed in the round, it is a stunning indictment of the corporate dystopia in which we all struggle to survive, and a call to action to Love, Protect and Share our precious and precarious planet home.  The show includes a dozen great songs from Pink Floyd’s Golden Era alongside several new ones, words and music, same writer, same heart, same soul, the same man. Could be his last hurrah. Wow! My first farewell tour! Don’t miss it”.  Love R.

“Concertgoers on their way out could be heard debating whether or not this is the best tour they’ve seen from Waters. One thing’s for certain, it’s not to be missed – and a show which will leave you deep in thought about both the world and yourself.” ~ Ultimate Classic Rock

“Waters succeeded two-fold. First, by plastering awareness on the atrocities that the human race has continued to endure – most of which could be avoided without greed, gluttony and warmongering. And secondly with a well-curated display of his, often-dubbed, musical genius…One can never be disappointed by a Roger Waters production and this show was no exception.” ~ Glide Magazine 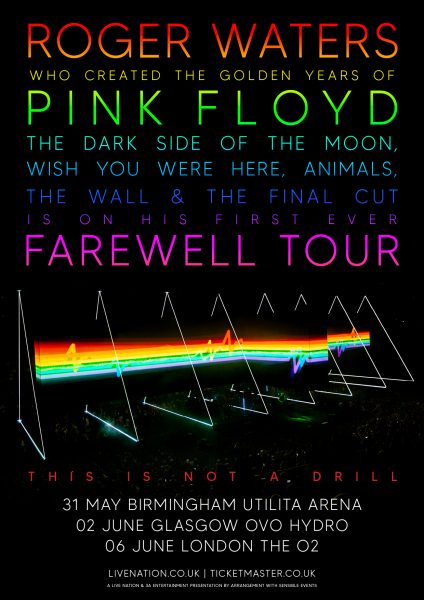 Roger Waters: This Is Not A Drill – 2023 European Tour Dates.

Tickets go on sale on Friday 30th September at 1pm GMT at LiveNation.co.uk