Reviewed by Brian McGowan and released by Rock Company, Summer 2018.

Still fighting the good fight for AOR, Progressive Rock and various blends and percolations in between, Rock Company sprung a number of interesting new releases on us this summer. These are two of the best.

Chinawhite‘s Different features the label’s biggest names, vocalist Phil Vincent and axeman, Peter Cox (who also produces). Cox’s sharp, punchy guitarwork is all over the album, giving it heft and momentum, especially in those moments where a deliberate slowing of pace is ready for a jump start.

They set out their stall with a flourish on opener, ‘Kiss Of Fire’, by spiking seventies’ progrock harmonies with stirring guitar riffs and motifs, topped off with a vertiginous chorus. And you can almost sense the sweat seeping through Cox’s shirt on a ferocious guitar solo.

The immersive, elegiac ‘Hello To The World’ gives us glimpses of full on seventies’ prog, where “full on” is defined as dreamy vocals, fluid guitars and humming keyboards. A song to sing as we float downstream.

The controlled aggression of contemporary progrock song ‘Wings Of The Wind’ grabs the moment with both hands, wrenching us into the present day with attitude and style, though Vincent’s voice doesn’t quite have the necessary edge to cut through the song’s densely constructed production.

It’s been said that genre fans find it hard to digest the band’s deliberate clash of popular music cultures. And yes, it can be challenging at times, but rewarding to the more persistent, open minded listener.

A self produced solo album from Brazilian Christian Rock Band, Sunroad’s drummer is hardly the most impressive strap line, even with its oblique promise of exotica.

Fred Mika‘s Withdrawal Symptoms is a nice surprise then.

Sunroad’s marriage of blues to hardrock never truly took flight, mainly due to constant line up changes. The concept of the fluid line up obviously got into Mika’s blood… and so he has a different vocalist on each track here. And it works.

Carl (Coney Hatch) Dixon shines on the rich, pulsing melodic rock of ‘Wired In’ and Michael (Mad Max/Charade) Voss’s high pitched, emotionally intense vocals suit ‘Artwork Nightmare’s roaring heaviosity. But it’s the lesser known name of Andre Adonis (not the Labour Party politician, but in fact Sunroad’s vocalist) who impresses most. His distinctive spit, grit’n’gravel voice just fizzes with attitood on a blistering cover of Nazareth’s ‘Miss Misery’, and expends bucketloads of machismo in support of ‘Silence In Heaven’s commercial aspirations. And even with just those two tracks, his work is done.

It’s an album that might get lost in the mix, despite a couple of headline names on the billboard. But it’s more than worthy of investigation. 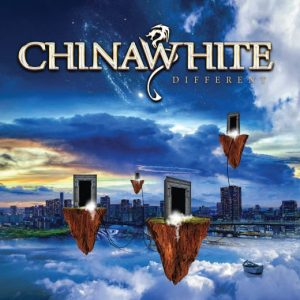 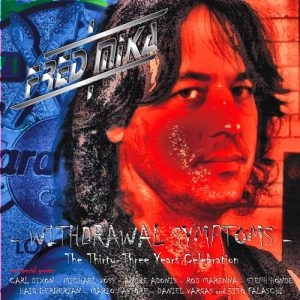