Frontiers Music Srl is pleased to announce the upcoming release of a new solo album by legendary Irish rock vocalist Robin McAuley. ‘Alive’ is out on 17th February 2023, with its title track available as a single and video from today. 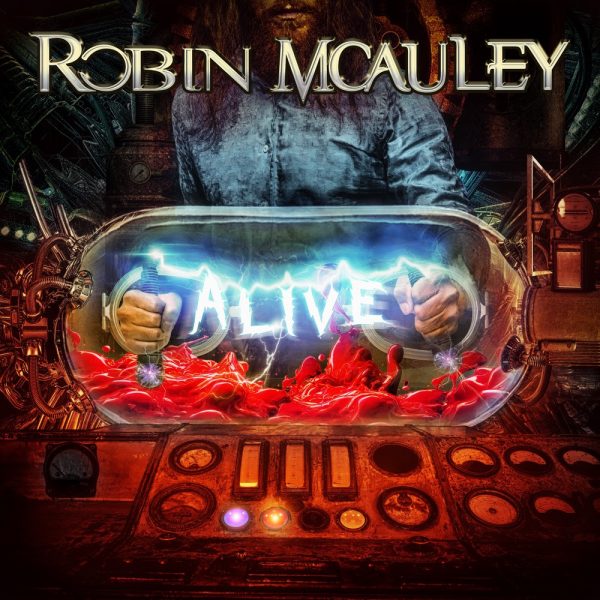 McAuley’s new album sees his voice continuing to defy time and sounding as inspired and powerful as ever, while the music is harder sounding than his previous effort, 2021’s ‘Standing On The Edge’, albeit still melodic, infectious and uplifting.

After re-emerging in recorded form with guest spots on Michael Schenker Fest albums and fronting the hard rock supergroup Black Swan in 2020, McAuley had felt reinvigorated and ready to explore further creative options. ‘Standing On The Edge’ was a stellar solo showcase at this time and was followed with a second Black Swan album in early 2022.

Work on ‘Alive’ began after this and features truly inspired and revelatory vocal performances on an album that is aptly entitled. As per his previous solo record, McAuley is backed by guitarist Andrea Seveso, bassist/keyboardist/producer Alessandro Del Vecchio and drummer Nicholas Papapicco.

Robin McAuley is acknowledged as one of the best singers from a golden period in hard rock music. His voice can be heard on albums by Grand Prix and Far Corporation, as well as the MSG records ‘Perfect Timing’, ‘Save Yourself’ and ‘MSG’. It was via these that he was introduced to hard rock fans at large. After departing MSG he released a 1999 solo record, then joined AOR legends Survivor, but then re-grouped with Schenker in Michael Schenker Fest for their recent ’Resurrection’ and ‘Revelation’ records. 2020 and 2022 have seen him participate in Black Swan, for which he joined forces with Reb Beach (Whitesnake, Winger), Jeff Pilson (Foreigner, ex-Dokken) and Matt Starr (Ace Frehley, Mr Big).