The last few years have seen Robert Jon & The Wreck making strident inroads here in the UK, with radio hits and sell-out tour dates. The last few albums they’ve brought out demonstrate a maturity that makes it apparent that the band has been around some time. If like me you dug out some of their earlier work and gave it a spin, you’ll not have been disappointed by previous endeavours either.

True, they might not always have stood out on previous recordings, but there were more than a few good tunes to having you humming along. The line-up has also altered a little down the years, from what I can gather. As ever, fronted by Robert Jon Burrison (lead vocals, guitar), the band also features Andrew Espantman (drums), Steve Maggiora (keyboards), Henry James (lead guitar), and Warren Murrel (bass), all credited as backing vocalists too.

Wreckage Vol. 2 implies a previous such collection, this one featuring recordings, live and otherwise, from 2019 onwards.

Rock ‘n roll tour set opener ‘She’s A Fighter’ also leads the album off. It features a tightly played performance with strong harmonies and was recorded live in Belgium during the band’s 2022 European tour. From the same date comes ‘Waiting For Your Man’ with some heavily distorted guitar opening proceedings before racing into an infectious riff, heavy tinkling piano and a good dose of energy transported from speakers to your ears.

Slowing things down is blues number ‘Rescue Train’, recorded back in 2020, at Shuffle Brothers Studios in Gallatin, Tennessee. Apparently one of the band’s oldest songs, it’s the rhythm section here giving it a slight Southern-pop funk beat that stretches it beyond the norm played well. Another old tune comes in the form of The Band’s ‘The Weight’ that they recorded at the same session, and this proves a really nice surprise, The Wreck arrangement brings the song into the modern era, with warm and inventive organ throughout, chinking guitar chords and some lovely harmonies, losing none of the original’s song’s narrative in the process. It’s both intimate yet epic in its delivery. I love it.

A song left off the Last Light On The Highway album, ‘Old Hotel Room’ is a sad semi-country ballad, about missing the woman you love while touring out on the road. A decent enough number, but with so many songs on that album revolving around relationship problems it made sense to shelf it until now. I prefer ‘Dark Roses’, from the same sessions, it comes across deeper, and the fact that it’s about grieving over a friend who’s died no less emotional than the loss of the romantic partner in your life.

‘On The Run’ is roughhouse rock ‘n roll, with great washes of slide, rowdy gospel harmonies and goodtime vibes. Veering into The Allman Brothers’ neck of the woods via the harmony guitars intro is the long instrumental ‘Cannonball’ that shifts pace and melody with some pretty fine soloing featured along the way.

‘Something To Remember Me By’ straddles the same crossover elements that bands like Rare Earth and Sea Level did back in the day. Funky as hell, with some distorted guitar solo refrains thrown in, this live in the studio recording ends a little too soon as I’d be keen to hear it extend another couple of minutes or so.

Keyboards and percussion offer mystical eeriness in the opening to second instrumental ‘Witchcraft’ that develops into a Latin rock style, the soloing between Burrison and James hard-edged and burning, contrasting with Maggiora’s jazzier excursions on organ and piano.

A grab bag collection, as its title suggests, in terms of quality you can’t really complain. If this is a stopgap prior to settling down to write after so much heavy touring, so be it; the growth shown between their last two studio albums is evidence enough to suggest fans are in for a future treat. 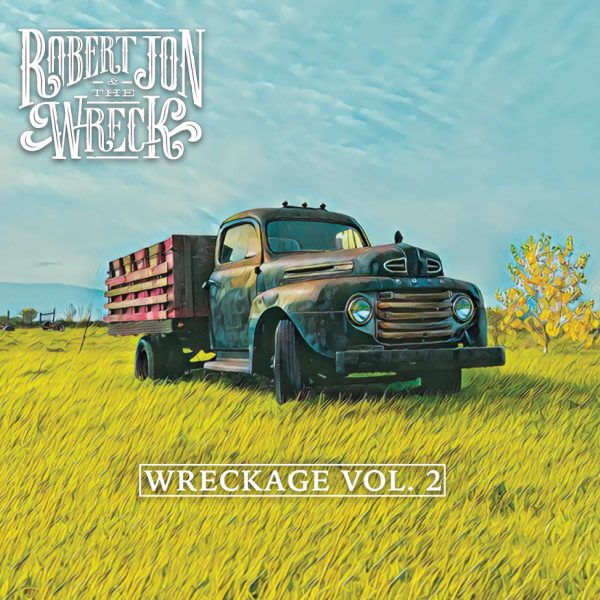