11th album from Netherlands’ borderline genius musician, Robby Valentine, and what an accomplished affair it is. The vocalist/multi-instrumentalist has come through considerable personal turmoil these last few years, reflected here in a recording that is equal parts constructive artiness, romantic longing and bleak reflection.

Thankfully, the passage of time has done nothing to cloud his musical vision . . . Alliance is jam packed with the jaw droppingly intricate, hypnotic vocal arrangements that we’ve come to expect. But this is now, and Valentine’s songwriting and production, percolated through years of experience, hard won success and debilitating illness, are the creation of an older, wiser artist.

That said, as usual, he returns from his regular lightning raids into Queen and Beatles territory laden with loot. Like the cathartic, Lennon-esque ‘Black Dog’, demonstrating a welcome loosening of Valentine’s previously heavy production grip, sketching it around a lone piano, then adding layers of percussion and stabs of airy brass. Or ‘Sons Of America’, where the rat-a-tat verses climax in a chorus of Queen-like bombastic magnificence.

Elsewhere, the never-knowingly-underdone arrangements and production have largely been streamlined, pared down. Where previously he trowelled on the gloss, the stacked harmonies and layered guitars of ‘Judgement Day’, ‘Soldiers Of Light’ and ‘Masters Of Our Minds’ now shimmer and swirl under a thin veneer of polish… and on an album arguably of his best work, even those tracks are outdone by two others.

The first, the bittersweet, relentlessly melodic ode to his daughter, ‘Eleanor Robyn’, stays the right side of sentimentality, becoming an angelic AOR hymn, seemingly beamed down from the genre’s peak moments in the eighties. ‘Running On Empty’ surpasses that. It’s a bona fide pop concerto, gliding along on the rich tonal arrangements of Valentine’s invented orchestra, punctuated by awesome harmonies and rock guitars, rising to a memorably melodic third section and an operatic knockout punch. It adds greatly to an album of more depth and substance than we may have expected. 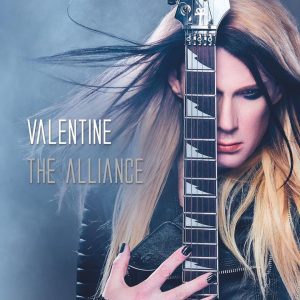