Northern Ireland’s M2TM winners have been of a consistently high standard in recent years. The torch has now passed to Lock Horns following their great night at Voodoo in Belfast. The heavy prog quartet now head to the Hobgoblin New Blood Stage at Bloodstock, but Emily Castles caught up with them first. 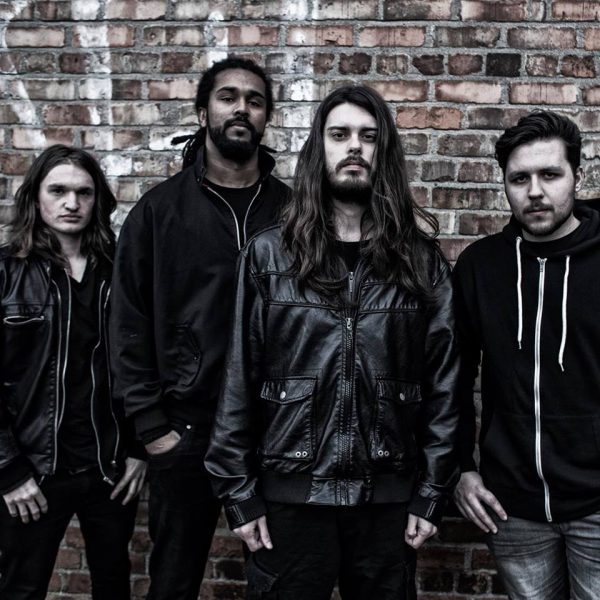 MR: Many congratulations on winning Metal 2 the Masses in Belfast – how do you feel now about playing Bloodstock?
We are pumped, we’ve put a lot of hard work into the band and winning M2TM in Belfast makes it feel like all the hard work has paid off. We’re ready to go play the show of a lifetime!

MR: How did you feel you performed on the night of the M2TM final at Voodoo?
It was the best show we’ve ever played. The energy from the crowd, the sound, all elements were perfect to put on a winning performance.

MR: Had you been hopeful or confident going into the final?
We were confident this year, the setlist had been fine-tuned. We knew what we had to do this year to take home the gold!

MR: What did you think of the overall standard on the night?
Belfast has a thriving metal scene, the calibre of bands is high. Every band that performed at the final would have looked the part on the New Blood Stage.

MR: What do you think of the whole M2TM competition?
It’s about endurance. Can you keep the quality up for all the shows, get people down to vote for you and can you deliver on the final? It road tests bands and I think it’s a necessary structure.

MR: Lock Horns formed in 2015 – have you entered M2TM before?
This was our third time entering. We would have kept at it until we won! The experience of the previous years has lead us to this moment, and we’re now ready to put on a show!

MR: Is Bloodstock a festival you know well – Have you been as fans?
No, we haven’t been before. It’s always been on the bucket list. After August we can check it off!

MR: Do you see Bloodstock as a platform to take Lock Horns up the ladder a notch or two?
Yep, 100%! We’ve gigged with bands that have won in previous years. The potential for growth based on this one show is insane. We feel the weight of this opportunity and will be taking full advantage to try and grow the Lock Horns name!

MR: Have you had a look at this year’s line-up, anyone in particular you’ll be hoping to catch?
The line-up this year is crazy! Definitely going to check out Tesseract, Thy Art is Murder, Cradle of Filth and Scorpions.

MR: You released your debut album Molon Labe last year – were you pleased with how it turned out? Are you working on anything in the studio currently?
Molon Labe was the product of two years’ hard work. It turned out even better than planned and people have connected with the album. It showed we were on the right track and had what it takes to bring ideas to reality.

MR: The band are regulars at venues across Northern Ireland – have you got any more dates planned for England?
We’re aiming to make it back over before the end of 2019.

MR: What can fans expect who may be seeing you at Bloodstock for the very first time?
We are going to take over. We plan on bringing a headline performance to the New Blood Stage. Get ready!