Back in 1988 Roachford was the soul singer it was ok for rock dudes to like. He was funky, and his two biggest hits, ‘Cuddly Toy’ and ‘Family Man’ had guitars and riffs and stuff. Yes, it lived on Radio 1 but it was, y’know, cool.

Fast forward to 2020 and Roachford is still going strong. He continued releasing quality albums and, in 2010, joined Mike + The Mechanics as vocalist after the departure of Paul Carrack. The voice and keyboard skills were very much in demand. He has also written for artists as diverse as Joss Stone and Chaka Khan and was, last year, awarded an MBE for services to music.

The road to release for his latest album ‘Twice In A Lifetime’ has not been an easy one. In late 2018, Roachford underwent complex surgery to remove lesions from his vocal cords. Having recovered and found that his voice was now stronger and richer than before, he vowed to never again take it for granted and began to write and record.

Then, just as the album was about to be released, Covid struck. Release dates were delayed and, finally, in September, the album will finally see the light of day. Having been ‘album of the week’ on Radio 2, anticipation is high.

Which puts me in a quandary. I’m a rock writer. Give me a sludgy riff or a run of pinched harmonics and I can waffle all day long. Soul, as much as I love classic soul, is out of my remit. And make no mistake, this is classic soul. Well played, well written and performed by real musicians on real instruments, it’s quality, classy stuff. But what to write? And will you care?

So yes, Roachford is in fine voice – soulful, husky, cool – all the boxes are ticked. The songs tend to be slow and dominated by matters of the heart. They’re retro yet contemporary and feel real, authentic, genuine tales of a life lived, of hearts broken.

It’s all very smooth, chilled and laid-back. The horns are ever present but subtle, there’s a definite Al Green vibe, especially in the many gospel moments. If it all sounds like anyone it’s Amy Winehouse (which is not surprising considering they share several band members) or the Northern Soul influenced Plan B and his ‘Defamation of Strickland Banks’ masterpiece. It’s all very silk robe and brandy.

There’s a great duet with the Midland’s own Beverley Knight and the album ends with a whisper and the piano/acoustic guitar led quiet power of ‘You’re The One’. So yes, a triumph for Andrew Roachford who thinks of this album, quite rightly, as a summation, a career-best, of his recorded output. If you’re into soul, you’ll enjoy this. If not, relax, there’ll be another rock review along shortly and right now, more than ever, we need to be open and accepting of any and all voices. Peace. 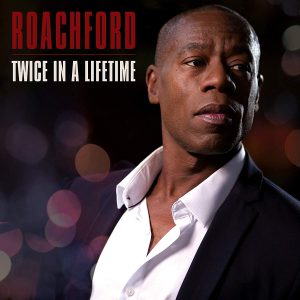