Jump into the Doctor’s tardis and if the great time travelling machine arrived back at Castle Donnington for the first Monsters of Rock Festival in August 1980, you would have been entertained by Riot who were the second band to hit the stage that day. Founded by guitarist Mark Reale in 1975 the New York City hard rock band carved out quite a following for themselves with releases such as Narita and Fire Down Under (reviewed by MR last year here) with the latter even hitting the Billboard top 50.

Riot had to call it a day in 1984 due to trouble with their management but the resurrection happened in 1986 with the barnstorming metal release ‘Thundersteel’ following 2 years later which was an energetic album full of speedy melancholic melodies. Having fallen off the radar for many the band continued to release new music on a regular basis until the sad passing of Reale in 2012 due to complications from Crohn’s disease. At the request of his father the band name was also put to rest. But the legacy was to live on with the relaunch of the band under the moniker Riot V in 2013.

Returning to a country where they have a very strong connection they captured the gig at Club Citta for this new double disc release ‘Live in Japan 2018’ and what a mind melting opus it is.  Having immersed myself in this recording it is hard to comprehend how the current version of the band has passed me by until now. This is most definitely a case of the ship sailing without me but boy it feels good to have caught up. It is a total in your face onslaught of metal at its best. In a bizarre kind of way it feels like an edition of Ready, Steady Cook has taken place and the contestant has brought along four main ingredients: some Helloween, Maiden, Priest and Saxon. The dish served up is akin to some Michelin-starred cuisine.

Like a streak of lightning opener ‘Armor of Light’ grabs you by the balls and for the next 110 minutes never lets go. Vocalist Todd Michael Hall has an incredible set of pipes and easily stands shoulder to shoulder with the likes of Bruce Dickinson on ‘Ride Hard Live Free’ and Rob Halford on ‘Messiah’ . However he is no mimic but just a guy who is on top of his game with the shrill of his performance at times sounding like he is on steroids.

The dual guitars throughout are a slab of delicious rifferama which Maiden fans will love. Mike Flyntz and Nick Lee blend blistering metal with lots of melody creating a power bomb sound that is so good and so fast. Intensive and fist pounding numbers such as ‘Metal Soldiers’ and ‘Fall From The Sky’ raise the crowd to a state of euphoria. ‘Land of the Rising Sun’ written for the rabid fanbase in Japan brings the excitement of the audience to a new level as they revel in the ode to their homeland.

With 30 years having passed since the release of the ‘Thundersteel’ album the band took the opportunity to celebrate its anniversary by playing it in full. Blasting through the like of ‘On Wings of Eagles‘ and ‘Bloodstreets‘ shows that these skilled musicians can pull off live whatever has been captured in the studio. This is not thrash but true heavy metal which does not disappoint. Shredding their way through this album it just makes one wonder why the original release did not shove Riot to the next level at the time. The delivery live of ‘Sign of the Crimson Storm’ and ‘Flight of the Warrior’ personifies their ability to raise the bar even further. Played like this these numbers should have been metal classics. It almost feels like classic Painkiller era Priest even though these numbers were written a couple of years earlier.

This metal speed machine leaves you feeling exhausted when the album is over. It has been something of a surprise to find a band still sounding youthful and fresh pumping out some great metal. It has been like finding a fiver in the pocket of some jeans that you haven’t worn for years. Awesome! 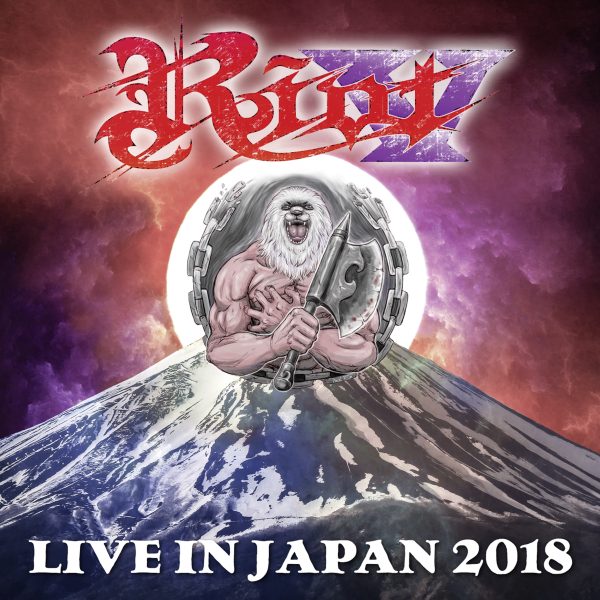