Clear your mind. Forget any preconceptions you may have formed from reading the band name or album title. All is calm. All is zen.

Okay, so… this album is a collaboration of twelve female Swedish punk musicians to make an unashamedly feminist dirty rock record in the space of a weekend. Are you now thinking exactly what you were twenty seconds ago? Yeah, you’re probably right.

If you’re after an easy summer listen to play at a barbecue or during after-drinks and polite conversation, you might want to give this a swerve. It’s unapologetically angular, it’s angry, and it’s pretty much exactly what the world needs right now.

It’s also far from perfect (although to be perfect would surely take away from the point of the thing) – at times some overly obvious melodies and song structures betray the minuscule preparation time (‘Goodbye’, ‘Death’), at others programmed or under-produced drums lend songs an unnecessarily ‘demo’ feel (both of the aforementioned, ‘Fuck You’).

Not an easy listen, for sure (both in content and production terms), and with a few tracks that you’ll probably skip given time. As a statement of intent and a political message, though – full marks. Start a 2018 riot. 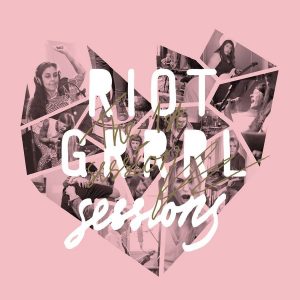 The RIOT GRRRLS are: