If NWOBHM “Infused 70’s heavy metal with the intensity of punk rock”, then somehow US metal band, Riot, found out and decided to join in.

Dumped by their label after two well selling albums, the band found a new home (thanks to considerable help from their fanbase) with Elektra for this, their third release.

The first half is crammed with electrifying, in your face metal anthems. As well as the title track, ‘Outlaw’ and ‘Swords And Tequila’ both launch with the full burn ferocity of a short range ballistic missile. ‘Don’t Bring Me Down’ and ‘Feel The Same’ throttle back a little, relying on the production’s downhome grit to anchor the infectious urgency of the band’s message to solid ground. A hard rocking seventies attitude percolates through these tracks, suggesting a broader sonic perspective than previously imagined.

This remaster comes with 6 bonus tracks, including the pumping, measured hard rock of ‘Misty Morning Rain’ and the hooky, immediate ‘You’re All I Needed’, both absent from the original vinyl.

It was recorded in 1981. The technical limitations of the recording process back then is all but obscured on this new, remastered version of the original album. By bringing up a previously hidden bass thump, the rhythmic insistence of the band’s music is completely restored. 6 bonus tracks and a healthy bottom end. Who could ask for more? 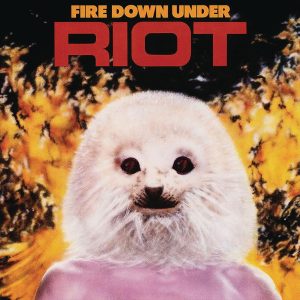