Most rock and metal fans acknowledge New York’s Riot as a seminal band, yet they never really made an impact on the mainstream (which isn’t necessarily a bad thing). Line-up changes and a record label fumbling the ball (plus a naff seal-faced mascot) all served to stunt Riot’s trajectory. After a couple of hiatuses, the band reformed and rather confusingly there are currently two incarnations of Riot in circulation: Riot V who continue the band’s latter-day dalliance with power metal and Riot Act, a quintet who’re bringing the classic Riot sound into the new millennium. Closer To The Flame is the name of their latest album and it’s a barnstormer that proves the legacy of Riot is in safe hands.

Disc 1: Closer To The Flame

Symptomatic of Riot Act’s modus operandi ‘Closer To The Flame’ gets the album off to an explosive start and it’s the type of track which reminds me why I originally fell in love with rock n’ roll. It’s a foot-on-the-monitor, horns-held-high celebration of hard rock with Rick Ventura’s insanely catchy riff acting as the spark which lights the kindling, and it soon burns white hot. With a touch of early Rainbow, ‘Closer To The Flame’ is both hard and melodic with neo-classical lines intertwining and Don Chaffins honey-soaked vocals soaring majestically. The rhythm section of bassist Paul Ranieri and drummer Claudio Calinski lock in tightly meaning that Riot Act really pack a punch and ensures the following ‘Wanted’ is both fleet of foot and hard-hitting, rather like a heavyweight boxer.

Closer To The Flame succinctly captures the energy of classic Riot (1977-83), which as anyone familiar with the original band will testify is not so easy to replicate, and the fire that burns throughout threads the album together, regardless of what tempo the band operate. ‘Smoking Gun’ does indeed smoulder, ‘Almost There’ is tailor made for a long road trip (and you can almost see the highway shimmering) and ‘Right Between The Eyes’ is powered by the kind of riff you wish AC/DC still wrote and sends things into tail spinning overdrive. ‘Rock Love And Roll’ is a punchy closer that features some sublime harmonies and as it fades into the ether allows Chaffin to showcase his impressive range and makes for a fitting finale.

The problems that plagued Riot’s early career meant that the original Riot never entered rocks premier league and Closer To The Flame only compounds that quandary. However, Riot Act have produced a record that can stand tall amongst the band’s early works and like those very albums it has a timeless quality.

Released between 1977 and 1981 the first three Riot albums (Rock City, Narita, Fire Down Under) hold a special place in the hearts of rockers so when this disc of re-recorded Riot tunes landed in my hands I was understandably wary. Some music is sacrosanct and shouldn’t be altered in any way but in the case of Riot Classics (Re-Recorded) it makes perfect sense. Sadly, these were to be the final recordings featuring Riot guitarist Lou Kouvaris (who passed away from Covid in 2020) so this 12 track outing makes a fitting tribute, and it also stakes Riot Act’s claim to be inheritors of the classic Riot sound. I’m pleased to report that on both counts Riot Classics comes up trumps as opening salvo ‘Rock City’ attests. Taken from the band’s eponymous debut it’s a rumbustious opener that’s at once familiar and strange, but fans needn’t worry there’s been no radical departure; it’s the energy of Riot ‘77 style only updated for 2022.

In a nice piece of symmetry Riot V guitarist Mike Flyntz makes a guest appearance on a spirited version of ‘49er’. Originally appearing on the Narita album, the band and Flyntz bring the groove to the fore and make ‘49er’ swing like an uncontrollable wrecking ball. Riot Classics plays like a greatest hits and each of the dozen tracks is a highlight in its own right but ‘Overdrive’ and its sublime harmonies stands out, as does a fuel-injected ‘Road Racin’’. If you like ‘70s rock then you’ll love ‘Altar Of The King’, an epic sounding track that encapsulates all that’s great about Riot; from the insanely catchy riff to the pounding rhythm section it’s a masterclass in hard rock, which is exactly where we came in…

Disc 1: Closer To The Flame 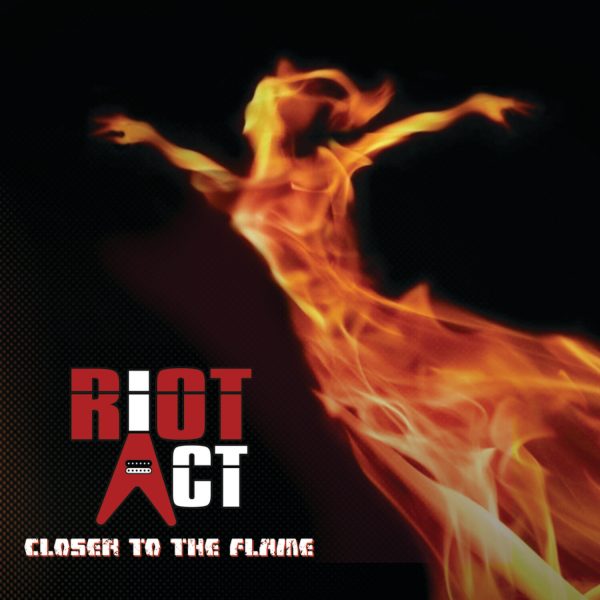