Counter rhythms jostle playfully and brass swings in for good measure, as Ringo Starr sends out his patented peace and love vibes and invites us to join him in changing the world. The weaker strains of his aged voice initially draw concern, but this is a feelgood upbeat number and his elder statesman of rock persona begins to add unexpected gravitas. It’s a catchy number penned by Toto members Joseph Williams and Steve Lukather, the guitarist also applying himself to an inspired yet so brief solo.

A four track EP recorded in Starr’s home studio during lockdown, the arrangement of ‘Let’s Change The World’ could so easily have been applied to some megabucks selling big production back in the 80s. As it is, the former Beatles’ drummer’s solo work sells well enough on cassette these days (So much for vinyl’s come back, eh). ‘Just That Way’ asks us to be more accepting of modern times, people and circumstances. The sturdy reggae rhythm backing it works as an interesting musical counterpoint, albeit it doesn’t really transcend its good intentions.

‘Coming Undone’, written by former 4 Non Blondes’ Linda Perry shifts between the soft kilter country boogie Starr had solo hits with back in the 70’s and a jazzy ska feel, featuring as it does Trombone Shorty. If you take this to be another lockdown related song, it fits right in, lyrically less accepting of the times than ‘Just That Way’. One step removed from Eric Idle’s Life of Brian finale ‘Always Look On The Bright Side of Life’, Starr’s warm vocal tones make this work pretty well.

‘Rock Around The Clock’ is indeed the Bill Hailey & The Comets classic – But it’s not the standard having-a-laugh jam we expect to only ever half-listen to when somebody covers it. Starr’s drumming is delivered with tempered urgency, the band precise but bouncing and throughout Joe Walsh reminds us how he made his reputation as a potent guitar hero and why he can still stand up and be counted.

Ringo Starr, a better singer as a drummer than Ginger Baker ever was, and still putting a smile on our faces after all these years – Change The World is far from indispensable but I’m glad it’s out there. 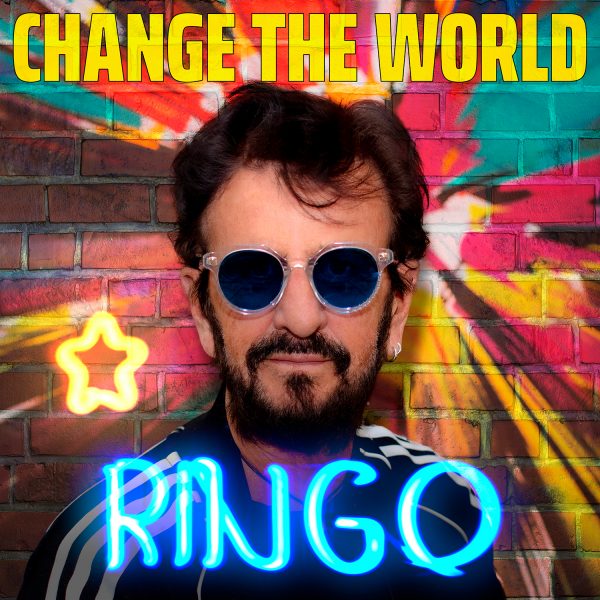