Before storming the charts with Scottish rockers Deacon Blue, vocalist Ricky Ross began his career as a solo artist. His debut album So Long Ago was released in 1984, therefore it’s rather apt that he’s come full circle with his 8th solo release, Short Stories Vol. 2. This album is parred back, often featuring just Ricky at a piano, creates a cosy, confidential experience, and it’s one that’ll please fans of both Ricky and Deacon Blue.

With keys that hang starkly against an ice white background, Short Stories Vol. 2 gets off to a rather sedate start. Sparkling like stars in a crystalline sky, the piano is soon joined by Ricky’s wonderfully honey-soaked, oak-aged voice, and the two make for perfect counterpoints, each highlighting and reflecting the other. The understated nature of ‘The New World’ makes for an arresting introduction, and it’s one that focuses your attention into a finely honed laser beam. Without the bells and whistles that accompany an average album, the songs are brought to the fore, and with songs as good as these, that’s exactly where they should be.

Short Stories Vol. 2 is an apt title for this album; each track is a mini novella, a drama that’s played out over three blissful minutes. As a wordsmith Ricky Ross is unrivalled, and his astute observations burn vivid images in your mind’s eye. Musically too, this record has Ricky’s fingerprints all over it, and the song structure and sense of melody that’s integral to Deacon Blue’s success is much in evidence here. ‘Still Walking’ has that push and pull between loud and quiet passages, which speaks of personal turmoil, an inner flame burning brightly that won’t be extinguished. With its whimsical nature ‘Still Walking’ (and indeed, much of this album) reminds be of Bryter Layter-era Nick Drake, and it simmers with a quiet defiance that also characterised Drake’s career.

Built around Ross’ voice and piano (occasionally supplemented by strings and brass) means that Short Stories Vol. 2, while certainly not pedestrian, rarely shifts gear. This has the benefit of giving the album a unified, cohesive feel, and the songs are stitched together by a common thread. It’s almost a conceptual record, with tracks such as ‘I Am Born’ and ‘I Was The Beatles’ being pictures plucked from a photograph album, and providing a snapshot from Ricky’s life. The wordy ‘Spanish Shoes’ takes us on a journey that’s tinged with melancholia (and textured with backing vocals from his Deacon Blue compatriots Lorraine McIntosh and Gregor Philip), and leads us to album closer ‘Bethlehem’s Gate’.

Short Stories Vol. 2 is an intimate record, and it’s one which finds Ricky Ross sharing tales from and amazing and varied life. While it does have the feel of an artist surveying from a peak, it also suggests there’s much more territory for Ricky to chart. 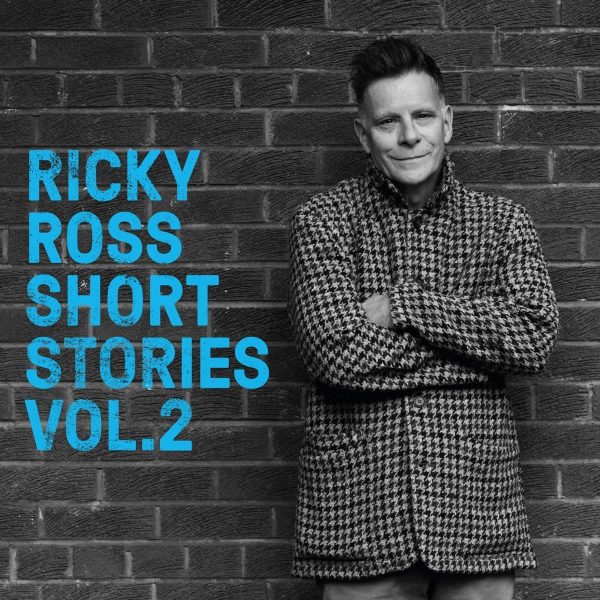