Remind yourself just what a song-writing treasure this man is…

For a couple of years now Rick Springfield has been playing his Stripped Down shows where he, along with a laptop full of tricks, plays some of his best loved songs in a bare bones format while interspersing each one with some stories, giving some background to the writing of his hits. Sometimes it’s just him and a guitar but some are cleverly augmented by some specially recorded backing tracks. Listening to the album and comparing it to the videos of the same tracks, it wouldn’t be too much of a surprise to learn that some studio trickery been used to sync up the tracks a little more with Springfield’s performance, but that’s by the by.

What soon becomes apparent when listening to Stripped Down is how many great songs Springfield has written. The fourteen tracks on the album showcase just what a great performer and songwriter the man is and after 50 years playing music you’d expect nothing less. The record opens with a rendition of his ’83 hit ‘Affair Of The Heart’ which when stripped of its eighties production and accompanying pomp becomes a much more effective song and the same can be said for songs like ‘Don’t Talk To Strangers’, ‘Me and Johnny’ and ‘Human Touch’, but none more than ‘April 24, 1981/My Father’s Chair’. Written about his father’s death, the original suffers from that same eighties production which threatens to lessen the impact of what it’s about. Here however, with just Rick and his acoustic, it becomes a skeletal folk song that leaves nothing in between the emotion on Springfield’s voice and the listener, and is infinitely more powerful because of it.

The songs lifted off his breakthrough album Working Class Dog work even better, the power rock of that album translating perfectly to the stripped down format. ‘Love Is Alright Tonite’ and his Sammy Hagar cover ‘I’ve Done Everything For You’ work brilliantly as does the ‘Jessie’s Girl’, which in its new guise reminds you just what a fantastic song it is. Add to this new song, the folksy and self-referential ‘If Wishes Were Fishes’ ,and the well-chosen covers that show Springfield’s love of the blues. We get charged performances Fleetwood Mac’s ‘Oh Well’, and delta blues classic ‘Rollin’ and Tumblin”, as well as a version of pop rock classic Badfinger’s ‘Baby Blue’. All in all you have an album of fantastic pop songs that show that after all these years Springfield has lost none of his passion for his music and live performance. Buy this album and remind yourself just what a song-writing treasure this man is. 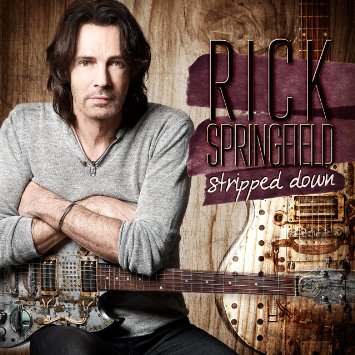