Finland is currently a hotbed for quality death metal and Revulsion, along with label mates Sadistik Forest and Sepulchral Curse, are leading the charge and pushing the genre into uncharted levels of brutality. Revulsion is the name of their 10-track debut and it’s an album that brings to fruition their immense promise.

Revulsion have been flying under the radar for nigh on 16 years and that’s primarily due to their work rate. It’s been a long decade bridging their debut EP (Defiled) and Revulsion with only a single released in-between. This full length was certainly worth the wait and, as if to make up for lost time, opener ‘Last Echoes Of Life’ arrives with little fanfare. It’s a nuclear warhead appearing over the horizon which sends warning shots that reverberate throughout the album. As a statement of intent it’s pretty forthright with lots of neat time changes and blast beats galore wasting not a solitary second as it goes straight for the jugular and refuses to let go.

A few line-up changes have stifled Revulsion’s development but, on the strength of this record, they’ve found a perfect combination and are powering full steam ahead. Vocalist Aleksi Huhta sounds not dissimilar to Harmony Corruption-era Barney Greenway and his deathlike growl renders ‘Pyre’ a microphone lowered into the depths of hell. Revulsion never lose sight of song structure and it’s a trait that separates them from their peers and, however far they disappear into a complex maze of riffage, there’s a constant groove that keeps things anchored. Case in point being the impenetrable ‘Walls’ which Revulsion plough straight through like a musical wrecking ball swinging and heavily laden.

Suffocation, Gorguts, Morbid Angel, you can hear a little of each in Revulsion yet there’s a forward vision that finds them incorporating elements of doom on ‘Mustaa Hiiltä’. Proving they can be equally visceral at half speed it’s drawn along upon a filling-loosening bass rumble and that admixture of death and doom works especially well. The shortest of gaps then we’re into the blitzkrieg ‘Lihaan Sidotth Kirja’ and the sonic shift is startling and should awaken any somnambulist. There’s a distinct lack of guitar solos on Revulsion and the power of two guitarists working in tandem can’t be over emphasised and six stringers Jarkko Viitasalo and Jari Toppinen offer little respite: only monstrous riffs with which to club the listener.

Revulsion is a pretty brief affair (cramming 10 songs inside 36 minutes) but with music this crushing, that’s plenty. However, this is an album that’ll effortlessly hold your attention with each song existing within its own space yet inextricably connected, like some strange molecular structure. Drummer Atte Karppinen and bassist Tuomas Alatalo are Revulsion’s secret weapons and form a formidable rhythm section that constantly switches tempos and steers the band away from any generic leanings. ‘Viimeinen Rituaai’ is the epic closer with a nice sting in the tail…just make sure you keep the lights on!

A fine debut that should move Revulsion in metal’s top tier. It’s a bold statement for early February but I’m marking Revulsion as one of 2021’s key releases. 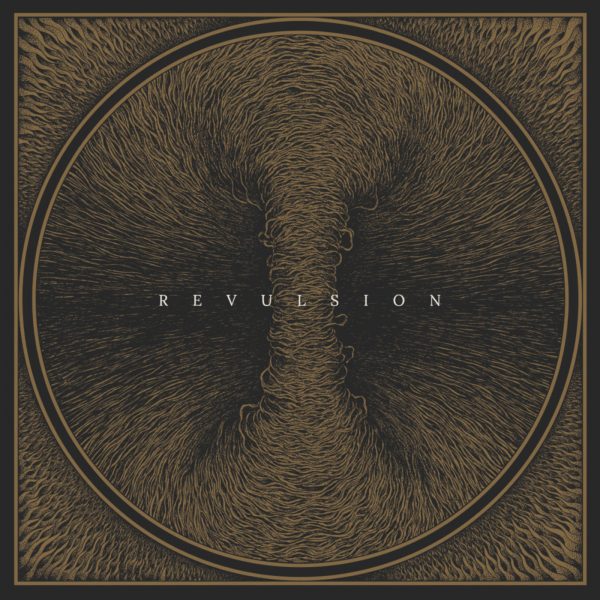