Twelve months on from the final Black Sabbath shows here in Birmingham, Terry “Geezer” Butler became the third member of the legendary band to become a proud recipient of Broad Street’s Walk of Stars Award. And it was fitting that the ceremony took place at Villa Park, home to Geezer’s first love, as he was joined pitch side at half time by Tony Iommi to receive his honour at the famous old stadium. The Broad Street Walk of Stars honours those people with links to the City who have made a significant contribution in categories including music, television and film with previous inductees including Iommi, Ozzy Osbourne, Jeff Lynne and Noddy Holder. 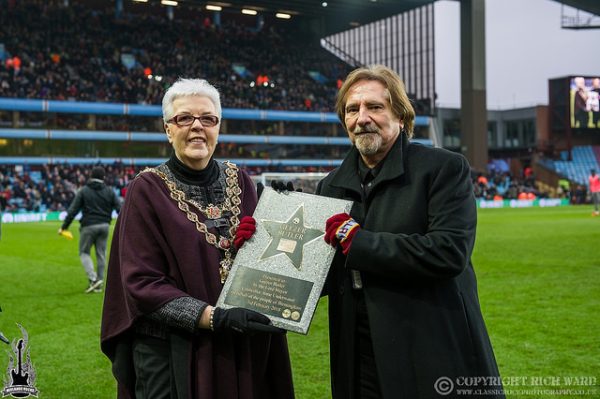 Geezer’s day was made complete when he saw Aston Villa record a sixth consecutive win to keep them right in the hunt for promotion, something he is hoping will happen at the end of the current season. “Well we are certainly in with a good chance. And I really hope we can get promoted this season because as soon as we are back in the Premier League I can watch us every week when I’m at home back in California. Aston Villa was my first love from when I was about seven years old when we won the ’57 Cup Final. My Dad bought a TV especially to watch the game and after that I just became addicted to it. I couldn’t afford it but I would start coming down to watch the games; the first half from Aston Park and then after they opened the doors at half time I would get in for free to watch the second half.”

One game Geezer was unable to watch was back in May 1982 when, against the odds, Villa triumphed 1- 0 over the mighty Bayern Munich to lift the European Cup, becoming one of only five English sides to have ever done so. “We were over in America at the time on the Mob Rules tour, playing somewhere near Chicago. And of course there was no soccer – as they call it – on TV in America back then they had barely even heard of it and I couldn’t even listen to it on the radio. So I kept phoning long distance from the dressing room to a friend of mine who was watching it back at home to see what the score was. So that’s all I remember of it really, it’s typical that the greatest day in Villa’s history and I was on the other side of the Atlantic!” 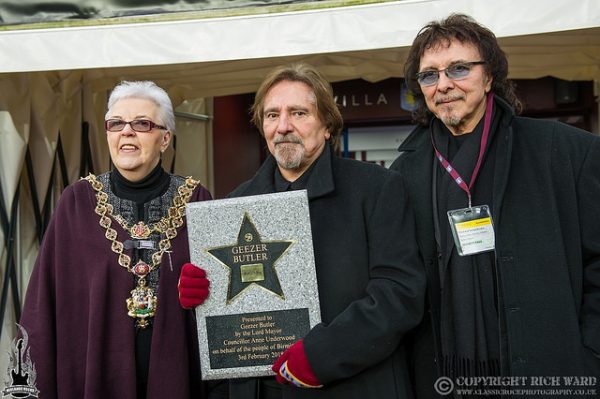 The Walk of Stars award follows a two year campaign led by Mohammed Osama Ahmed for Geezer’s involvement in Black Sabbath to be recognised. The committee is chaired by well-known Birmingham City supporter and Geezer’s friend, Jasper Carrott, who had first raised the prospect with him. “Jasper first mentioned it to me about three years ago; we went out to lunch in LA and he said to me that people had been asking him why I wasn’t on the Walk of Stars. But I am not the kind of person who is very outgoing and I have just never really been into awards or anything like that. So there was this campaign started by Mohammed that I didn’t know about at first, all of this was done behind my back really. I eventually heard about it six months ago and my first reaction was “No, I don’t want to do it” but then eventually I calmed down and realised that it was an honour and I’m very grateful to all of the people who have been involved with it.”

The curtain came down on Sabbath’s career with The End tour that culminated in two final emotional shows at Birmingham’s Genting Arena on February 2nd and 4th 2017. “I had to try and look at the final show as a day like any other and think of it as a normal gig, otherwise I would’ve been a nervous wreck. There was only ever one place we could have done the very last show and as soon as a farewell tour was decided on we were all agreed that it had to finish here in Birmingham. And it was a nice surprise to me that I was given the customised Aston Villa bass guitar which of course I played on ‘Paranoid’ which was the final song.” Although 2017 marked the end of Sabbath, Geezer had previously had the chance to play songs from a different era of the band when he and Tony joined up with the late Ronnie James Dio to perform as Heaven and Hell from 2006 – 2009. “I think that Heaven and Hell is right up there with the very best of the Sabbath albums and it was fantastic to be able to play those songs again. Ronnie was an incredible singer and it was such a shock when he was diagnosed with stomach cancer and I’m just so glad that we were able to get back together and do such a good tour and a good album and we all finished up as friends.” 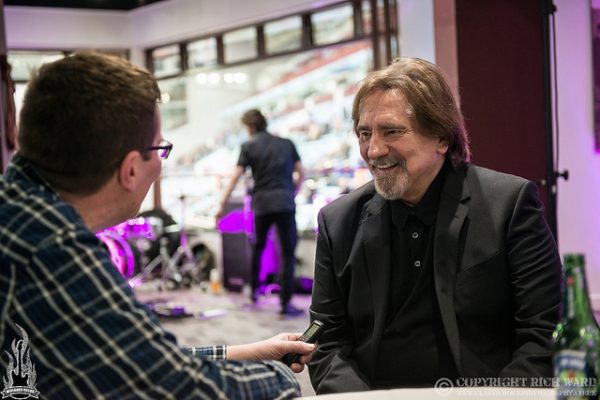 Geezer says he definitely has no plans to write an autobiography and is taking time to relax and visit places that he has previously not found time to do. Following his pitch side presentation the legendary bassist took part in a Q&A hosted by another avid Villa fan and local historian Carl Chinn with local alternative Metal band Netherhall having the honour of playing an instrumental version of ‘War Pigs’ to welcome him to the stage. So, some fifty years since he first embarked on his long journey through the world of Heavy Metal, what advice would he give to young bands that are just starting out? “Just do it for the love of it and don’t even think about doing it for the money. Be as original as you can be and stick with what you love musically – if you can achieve those things then being in a band is like winning the lottery.”

Thanks to all of the team at Westside BID for hosting the event. Check back soon for Midlands Rocks exclusive interview with Tony Iommi. 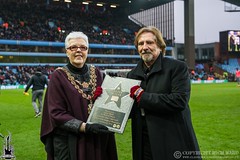 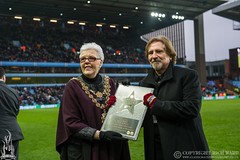 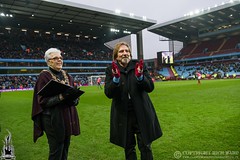 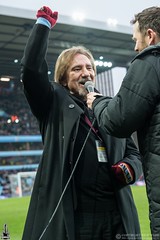 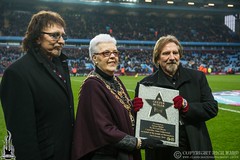 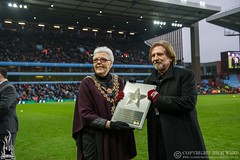 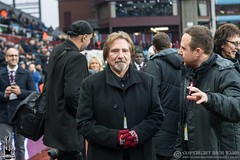 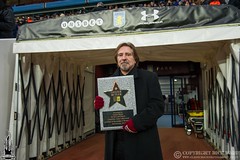 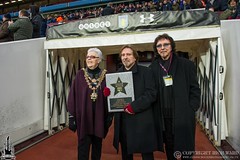 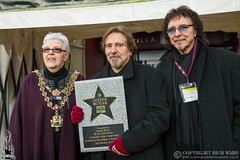 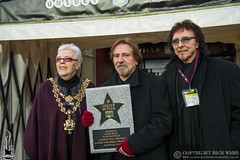 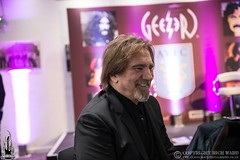 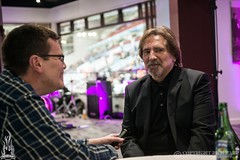 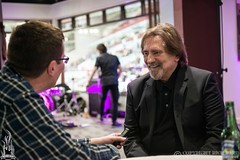 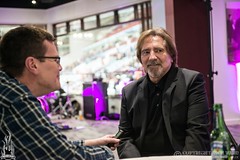 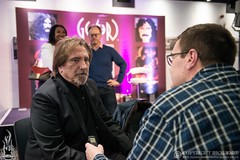 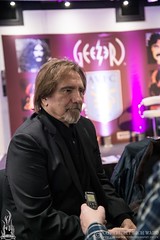 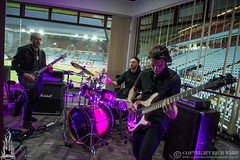 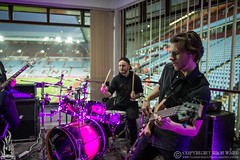 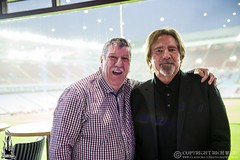 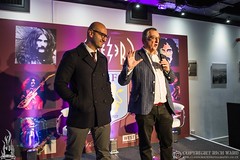 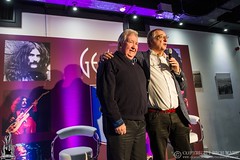 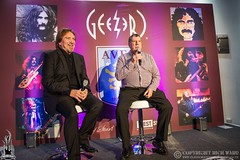 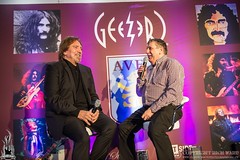 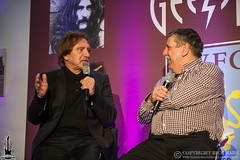 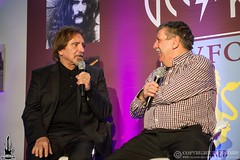