Glastonbury quartet Reef have today released their brand new album, Shoot Me Your Ace. One of the most exciting rock albums of recent years, Shoot Me Your Ace is a thrilling blast of unadulterated rock’n’roll joy.

“We want this album to make people just feel good about living, to appreciate life, to give them inspiration to play guitar or drums or sing or whatever they’ve got going on right now,” comments bassist Jack Bessant. “We’ve made a killer rock’n’roll record. And we want to go out and rock.”

It’s been met with rave reviews as has their nationwide headline tour which concludes tomorrow in Norwich. The band will be appearing at festivals across the country throughout the summer and have just been announced as Special Guests to the legendary Black Crowes on the UK leg of their ‘Shake Your Money Maker’ tour in September 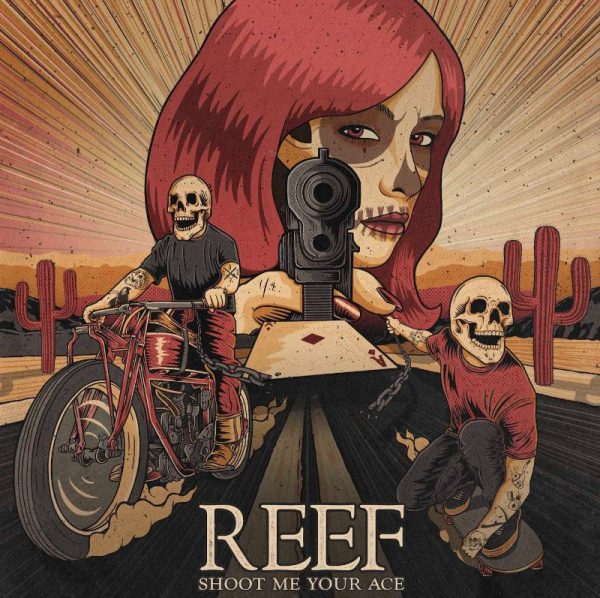 “Absolutely brilliant, swaggering rock… this album’s their Ace in the hole” – Fireworks

“One of the best albums of their career. It rocks with passion and intensity and sounds totally honest” – Rock Candy

“If you fancy titanium riffs and a rare dose of flagrant, fist-pumping air-guitar partying, Shoot Me Your Ace is here waiting” – The Arts Desk

Shoot Me Your Ace is released on a variety of formats including CD, black vinyl, coloured vinyl, cassette and digital. Full details here: https://reef.tmstor.es/