Red Kross‘s 7th album, Beyond The Door, is up there with Show World (1997), which was produced by Chris Shaw, who’d done stuff with Soul Asylum and Weezer, and you can tell. That trashy, throwaway pop sound is, as ever, done with deceptive precision and flair, as they get under the skin of popular culture. The diminished chord stuff grates sometimes, but that’s one of the ways the McDonald Brothers hold your attention. And often makes the song that little bit more memorable.

The McDonald Brothers: Jeff and Steve founded the band in 1980. There’s a nice anecdote that goes with the band name. The famous international humanitarian movement named themselves Redd Kross originally, but the band complained, and as a result the movement changed its name to Red Cross. Such is life.

The band gets right down to fusing their love of horror B movies (the album title) with garage rock and powerpop on openers ‘The Party’, and ‘Fighting’, both full of attitude, fantastic rolling rhythms, jagged melodies and unconventionally constructed choruses. Like Blondie meeting the Clash in EZN’s backyard.

You can seldom get comfortable with Beyond The Door, it eats away at you, full of minor chord intrusion and hard to place sounds-likes. That said, in places they still confirm themselves to be close blood relations of Cheap Trick and Jellyfish, leading their cult following back into more familiar territory.

‘Theres No One Like You’ and ‘Ice Cream’ are brimful of those sublime melodic moments for which the band are known, scattered among the subtle bass bumps and waterfalling guitar motifs. Elsewhere, ‘Beyond The Door’, the track, twangs a fabulous seventies poprock bassline; the brothers’ dylan-esque/mcguinn-esque drawl submerges itself beautifully into a background of glistening, jangling guitars on ‘The Party Underground’, and they close the album with the sharp, shouty humour and hearstopping hook of ‘When Do I Get To Sing “My Way”‘?

Given their previous album Researching The Blues came 7 years after Show World, if Beyond The Door is the result of a one-every-7 years album cycle, we’re glad we waited. 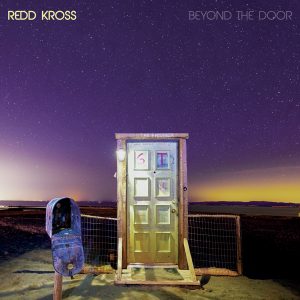