Now in their 25th year Norway’s Ragnarok have, despite constantly changing line ups, released consistently great albums. Despite this they’ve never really entered black metal’s top tier but now, with a stability of sorts, that seems set to change with the release of their ninth full length, the crushingly brutal Non Debellicata.

Without warning, the eponymous opening track arrives like a rockfall that completely engulfs the listener. There’s no ambient introduction here to gently entice you rather ‘Non Debellicata’ is like a surprise uppercut that knocks you off your feet. Imagine opening the door to a foundry, the sound created is akin to a sonic assault that sandblasts your skin. Drummer Malignant delivers a succession of brutal blast beats while Jontho (who vacated the drum stool in 2014) overlays some suitably gruff vocals. The gap between the opening track and the following ‘Chapel of Shadows’ is kept to the bare minimum (blink and you’ll miss it) which adds another level of intensity. There’s very little respite as Ragnarok assail the listener with Thor’s hammer but the band are wise enough to vary tempos to ensure things don’t get repetitious and, in a stroke of existentialist genius, the tolling bell which forms the centrepiece briefly lifts the listener out of the musical maelstrom. With a cold, brittle guitar motif which is repeated throughout the song ‘Sanctimoneous’ is a more measured affair that ululates between frostbitten guitar and ferocious blast beats.

The band take their name from Ragnarök, the prophesied battle between Norse gods and tribal giants, and it’s a moniker that’s never been so relevant as it is with Non Debellicata. There’s a warlike brutality that unifies the album and its very title is lifted from a 1286 letter of hostility from a Norwegian noble to the Scottish government, which seems the perfect lyrical fodder for a black metal band. ‘Bestial Emptiness’ has a riff that swings like a pendulum while on the following ‘Nemesis’ the same guitar is given a circular feel as if around Dante’s Inferno. ‘The Great Destroyer’ does exactly what it implies and creates a huge sound that’s a pleasing Dark Funeral and Blasphemy hybrid. ‘Gerasene Demoniac’ juxtaposes a bright, metallic riff with an all out black metal attack, each a foil that highlights the other.

Perhaps one reason why Ragnarok are not a bigger name in the black metal world is their refusal to conform. Back in the day when their peers were releasing albums in stark monochrome sleeves Ragnarok’s covers had bright splashes of colour but also musically and lyrically they seemed more willing to push the boundaries and that’s exemplified by the following two tracks. ‘The Gospel of Judas Iscariot’, while dispensing with any niceties features an almost bluesy solo at its tail whilst ‘Jonestown Lullaby’ concerns the infamous massacre and although neither are typical black metal fayre the band pull them into their sphere and make them work. However closing track ‘Asphyxiation’ is pure black metal and, like the rest of the album, it was recorded at Sweden’s Endarker Studios with Marduk’s Devo at the helm who’s done a great job in building two walls of drums at the speakers periphery in the midst of which sit the complex song structures.

‘Asphyxiation’ is something of a pummelling affair that marches like an invading army and, while the track ends abruptly, you feel this is just the beginning for Ragnarok. 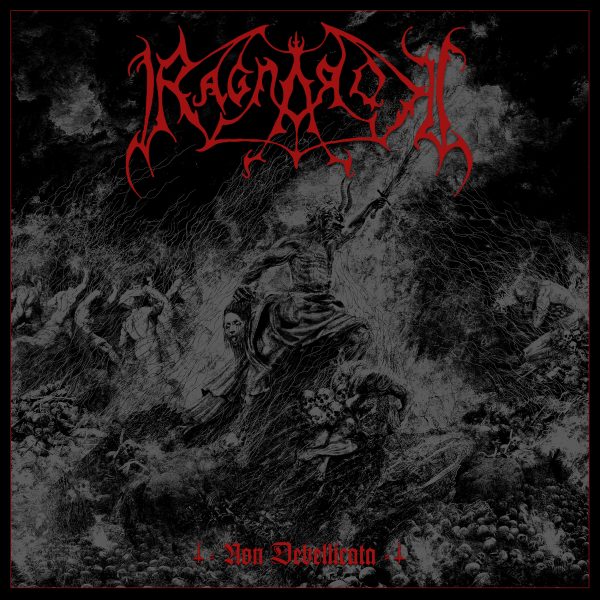