Formed in 1975 in Basildon, Essex, Prowler soon came to prominence as leading lights of the nascent NWOBHM movement. Playing a high-octane brand of metal this quartet were destined to never realise their full potential but, nevertheless, they left behind some of that era’s best music, and it’s compiled here, in their very first album, Reactivate.

Nothing will put a spring in your step like a NWOBHM band in full flight and Prowler were certainly pushing all the needles in the red when they recorded ‘Gotta Get Back To You’. It’s a fuel-injected rocker which perfectly captured that moment in time when punk energy collided with metal musicianship, and the result was pretty explosive. A chance encounter with legendary producer Chris Tsangarides led to an appearance on the MCA compilation Brute Force (a cornerstone of the NWOBHM and from which ‘Gotta Get Back To You’ is taken) which in turn led to interest from Bronze Records. So why Prowler never hit the big time shall forever remain a mystery, but I guess in an era and a scene that was awash with great bands it was easy to get lost in the shuffle.

The meeting with Chris Tsangarides set up a long association with Prowler and the next three tracks on Reactivate are culled from a demo (produced by Chris) recorded at London’s Heath Levy Studios in September 1980. ‘Bad Child Running’ is played with an urgency which gives their sound added vim and vigour, yet the insertion of a slower passage suggests wise heads and injects a nice change of pace. I’m guessing Judas Priest and Rainbow were informing Prowler’s sound and you can hear some of the former’s riffage on ‘Lost Without Your Love’ whilst ‘Prisoner’ bears more than a passing resemblance to latter’s ‘Gates Of Babylon’. However, these influences are filtered through the band’s own sensibility, and they sound like no one but Prowler.

During their original tenure (1975-82) Prowler burned brightly, if briefly, but they reformed to record a 30th anniversary version of ‘Gotta Get Back To You’ and did the same a decade later to lay down ‘Heavy Metal Hero’. Both are fine renditions but sound a little too polished and lack the raw edge of the originals; sometimes it’s better to have some dirt under the fingernails. Rewind to 1981 and Prowler briefly changed their name to Samurai and two tracks from that incarnation close this disc. It was essentially the same band so there’s no radical departure in sound and ‘Under Attack’ packs a serious punch while ‘Samurai’, recorded live at Mid-Kent College, February 1981, finds the band spreading their musical wings and showcases the power of Prowler’s live prowess.

Another meeting with Chris Tsangarides in the early 2000’s and the seeds for Reactivate were sown. Having worked with the likes of Anvil and Judas Priest it was a great loss to the metal community when Chris Tsangarides passed away. It’s to him that this album of effervescent and energetic songs is dedicated, and I couldn’t think of a better salutation. 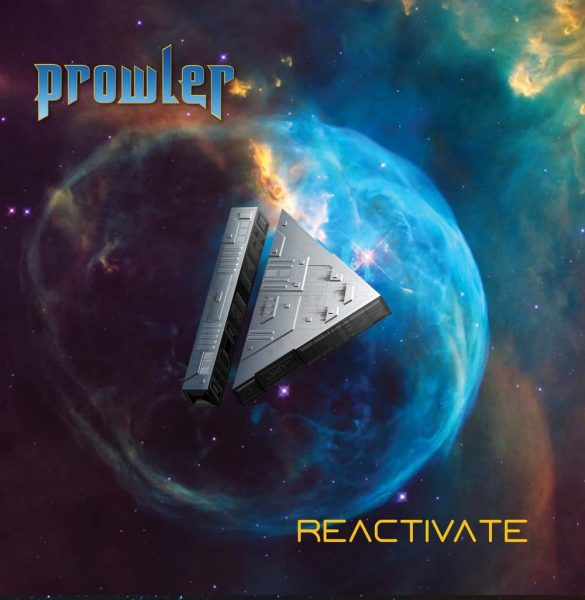