The history of heavy metal is littered with bands who should have hit the big time. Usually it’s bands who were so far ahead of the curve time hasn’t caught up and that’s just the case with Possession. Blending thrash and death to great effect they unleashed a slew of fine releases to an uncaring world before disbanding in 2000. Finally, their discography been collected in a two-disc set titled Disentombed Manifestations and it’s a veritable treasure trove of delights which demands that their work be re-evaluated.

Formed in 1991 in Olathe, Kansas, Possession arrived like a ball of sonic fury to blast away any preconceived notions about Christian metal. Mixing genres like master alchemists they soon gained a reputation as an incendiary live act which was soon compounded by a demo cassette and mini CD. However, this career retrospective begins with their debut album, the explosive Eternally Haunt. Released in ‘95 it’s intro is a genuinely eerie excerpt from the Toronto Blessing titled ‘Opening a Doorway Into The Occult’ and this mass exorcism segues into opener proper: ‘Beyond the Grave’. A pleasing cacophony of thunderous drums and sublime riffs it fairly races out the blocks and barely pauses for breath.

Possession seamlessly flit between thrash and death and vocalist Nyk Edinger tailors his voice for each style and either growls like Glen Benton or delivers high pitched squeals that are not dissimilar to King Diamond. Heavy as hell and powered forward by a buffalo stampede of drums ‘The Return’ finds guitarists Mike Vinson and Shayne Scholl building an intricate maze with monolithic riffs. The instrumental ‘Despair’ creates a moment of calm with acoustic and electric guitars entwining ethereally which makes the following ‘Shades of Death’ even more brutal. As debut albums go Eternally Haunt arrived fully formed and has been (criminally) out of print for many years so it’s great that it’s presented in its entirety here.

Up next is ‘97’s mini-CD Scourge & Fire which found Possession moving in a harder direction and roughing out any polish with sandblasted sonics. The title track is an all out thrasher with haunting harmonies that create an atmospheric feeling before ‘Danse Macabre’ makes good use of musical dynamics as beautiful acoustic flourishes are brutally curtailed by scything guitars. A surprise (and faithful) cover of King Diamond’s ‘Shrine’ goes down particularly well, as does a unique rendering of Iron Maiden’s ‘Revelations’. And while I prefer the crispness of the original Possession’s reading evidences a band unafraid to take risks. 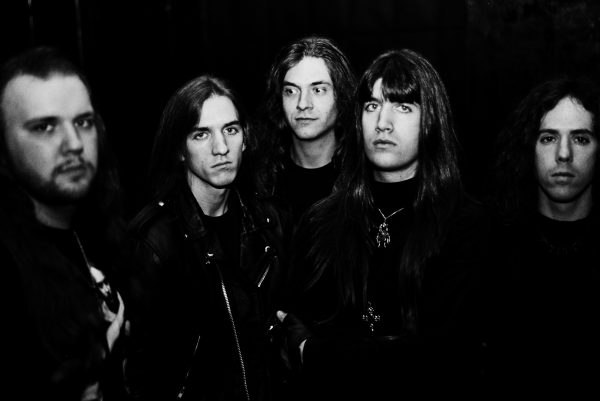 Disentombed Manifestations is an ideal way for casual fans to check out Possession but the faithful will revel in the second disc. Opening with the 3 track The Unnamable Suffering CD and the insanity only increases with their 1993 Mad, Crazed & Violent demo. It’s cool to hear some of these tracks in their embryonic form but ‘Danse Macabre’ and ‘Shades of Death’ are improved when reworked for later releases. The jewel of this second disc is the unreleased 6 track demo from ‘95 which showcases tracks which would later appear on Eternally Haunt and brings this anthology to a nicely symmetrical conclusion. The nature of this compendium means that some of these tracks appear in duplicate, yet they’re different enough so they never appear Xeroxed or staid.

Possession’s Achilles Heel was timing. Born into a world where grunge and collegiate rock was king their unique blend of death and thrash metal was never going to fit in. When Possession folded several members went on to form the equally brutal Christian black metal band Frost Like Ashes, but if you want to check out the greatest undiscovered metal band of the ‘90’s it’s all here in Disentombed Manifestations. 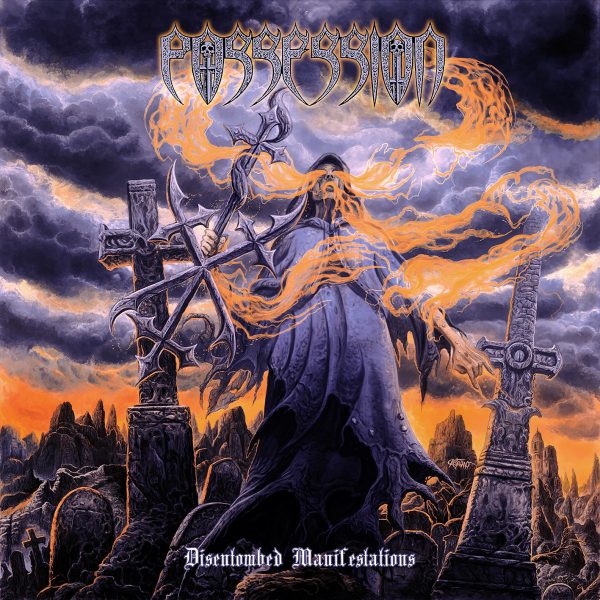