‘Dos’ – a concept album based on an old computer operating system? Nah, nothing of the sort. ‘Dos’ is, unsurprisingly, the second album by New Haven based Southern rock stoner trio, Pinto Graham. Formed in 2013 and seasoned by playing years of gigs in any venue that will have them, this is the follow up to 2017’s ‘Uno’.

And it’s a short but sweet affair, 6 tracks and not a one of them longer than 5 minutes. It’s one to treasure…but quickly. The thumping drum intro of ‘Further’ gets things started before we dash into a fuzzy full-on riff – think Clutch but with extra added classic rock vibes. Andre Roman creates a glorious one-man wall of guitar. The foot briefly comes off the pedal for a nice mid-song chug before the return of the riff for a triumphant glory lap and a final feedback drone that segues into the next song (this format may be repeated more than once).

Doom gets a good look in too, with slow, lumbering, crushing riffs aplenty. ‘Sleeping Giant’ is as heavy as it sounds while ‘Southern Superstitions’ has a nicely, erm, Southern psychedelic feel. Bluesy too. And fuzzy. Kind of a heavy hillbilly Doors. There’s some serious voodoo going on here – Juju, black cat bones, mojo hands, they’re all here.

‘Dreamcatcher’ goes full-on Sabbath, it’s poundingly heavy – humongo distorted bass leading into a Southern fried frenzy. The vocals coming on like Ozzy, if he came from Birmingham…Alabama. It’s steamroller stomp leading into another fucked up feedback coda. We finish with ‘The Weight’ – no, not that one. It has a seriously Skynyrd intro – think ‘On The Hunt’ but stoner style. It’s heavy, bluesy and blessed with momentous guitars. It heads off into a bit of a jam before returning for a big ‘ol finish – the riff is back, and it’s pissed off and stoned! 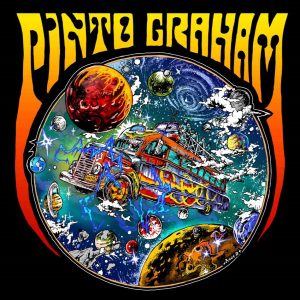